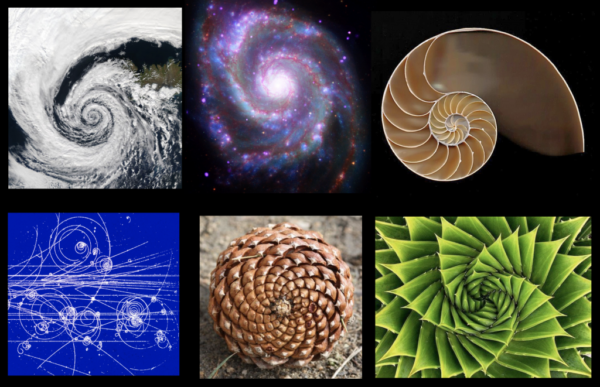 November 23 is Fibonacci Day! Todays date corresponds to the first numbers of the Fibonacci sequence – 1 1 2 3. Here’s more from the Imagination Station:

The Fibonacci Sequence is the series of numbers where each number is the sum of the two preceding numbers. For example,

Many sources claim this sequence was first discovered or “invented” by Leonardo Fibonacci. The Italian mathematician, who was born around A.D. 1170, was initially known as Leonardo of Pisa. In the 19th century, historians came up with the nickname Fibonacci (roughly meaning “son of the Bonacci clan”) to distinguish the mathematician from another famous Leonardo of Pisa.

There are others who say he did not. Keith Devlin, the author of Finding Fibonacci: The Quest to Rediscover the Forgotten Mathematical Genius Who Changed the World, says there are ancient Sanskrit texts that use the Hindu-Arabic numeral system – predating Leonardo of Pisa by centuries.

But, in 1202 Leonardo of Pisa published a mathematical text, Liber Abaci. It was a “cookbook” written for tradespeople on how to do calculations. The text laid out the Hindu-Arabic arithmetic useful for tracking profits, losses, remaining loan balances, etc, introducing the Fibonacci sequence to the Western world.

But that’s just the beginning. From the Fibonacci Sequence one can derive the Golden Ratio and the Fibonacci Spiral, both of which are windows into the mysteries of nature, chaos, and design. From University of Oregon:

Often more relevant than the actual numbers in the sequence, is the phi (Φ) ratio13, which is equal to ≈1.618. This ratio is the relationship that exists between consecutive numbers in the Fibonacci sequence – each number is approximately 1.618 times the quantity of the previous number in the sequence. This phi ratio, also known as the “Golden Ratio” appears ubiquitously throughout the natural world, and in the art and architecture of various cultures. 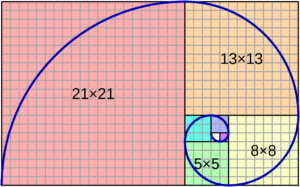 The Fibonacci Spiral, which is my key aesthetic focus of this project, is a simple logarithmic spiral based upon Fibonacci numbers, and the golden ratio, Φ. Because this spiral is logarithmic, the curve appears the same at every scale, and can thus be considered fractal. As we have seen, numbers in the Fibonacci sequence have several ways of appearing in natural examples. The Fibonacci spiral, however, is a particularly fascinating application because of its mathematical perfection, aesthetic appeal, and biological importance.

One notable example of natural Fibonacci spiraling, is the arrangement of leaves, seeds, and petals in plants. For instance, the seeds in the center of a sunflower follow a perfect Fibonacci spiraling pattern, which allows for an efficient usage of space, and maximal seed packing. Looking at the leaf arrangement around the stem in many herbaceous plants (a study known as phyllotaxis13) reveals that the leaves are arranged in an identical spiraling pattern. In this case, the Fibonacci spiral benefits the plant by maximizing exposure of leaves to sunlight, and by aiding in even distribution of water17. From biological and evolutionary perspectives, the phi ratio and the Fibonacci spiral are essential to the structure, function, and survival of many organisms.

Comments Off on Fibonacci Day!