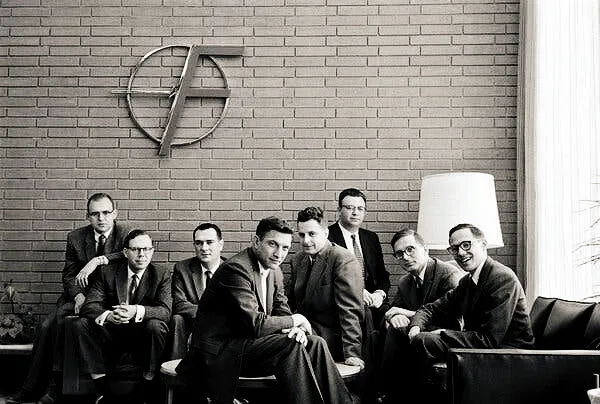 One of the least-well-known heroes of the semiconductor revolution, Dr. Jay Last, died on November 11, 2021. Last was one of the famous team of eight people that left Shockley Semiconductor Laboratory to found Fairchild Semiconductor. While there, he was leader of the team that developed the essential technologies that led to the first practical IC.

Shockley was a difficult manager at best, psychologically abusive actually, and there was a rising tide of resentment towards him amongst his staff. Shockley had been particularly cruel to Last. When he gave Last a raise in salary, he told Last that he should never have agreed to the low hiring salary that he himself had initially offered.

Given the situation, it’s unsurprising that seven of Shockley’s researchers including Last, Julius Blank, Victor Grinich, Jean Hoerni, Eugene Kleiner, Gordon Moore, and Sheldon Roberts decided to leave together as a group. After several attempts, they recruited Noyce to join them as an eighth member of what would become known as the Traitorous Eight. Of the break, Last said, “It was clear that we were going to make the transistor that Shockley didn’t want to make.”

In just ten months, Fairchild went from an empty building to a working silicon transistor, which the company demonstrated at Wescon in 1958.

What do you do after you successfully make silicon transistors using photolithography? You put several of them on a chip, wire them up, and make an integrated circuit. That inspiration hit Noyce like a lightning bolt, but it was Last’s job to turn the insight into silicon.

Noyce filed his integrated circuit patent in July, 1959, and that same month, told Last that he expected Texas Instruments would make a big deal about Jack Kilby’s integrated circuit at the Wescon conference in August. Last could not fabricate an actual IC from scratch in one month, but he did manage to demonstrate the concept by building one flip-flop on a ceramic substrate using four silicon transistor die, resistors drawn on the ceramic substrate with a graphite pencil, and conventional bonding wires to connect all of the components together. This demonstration hybrid was ready by Wescon. The work of building a real IC started immediately after the show.

Last led Fairchild’s integrated circuit technology development group. His group overcame many challenges. For example, they had to learn how to isolate the transistors from each other on the same die, and they needed to find a way to accurately apply the optimal metal for interconnecting all components on the IC. Last’s group succeeded and Fairchild produced working monolithic ICs in May, 1960. After much further refinement on practical device isolation techniques, the company announced its first line of digital ICs, dubbed Micrologic, at the IRE Show in New York City in March, 1961.

Read more in the article in EE Times.