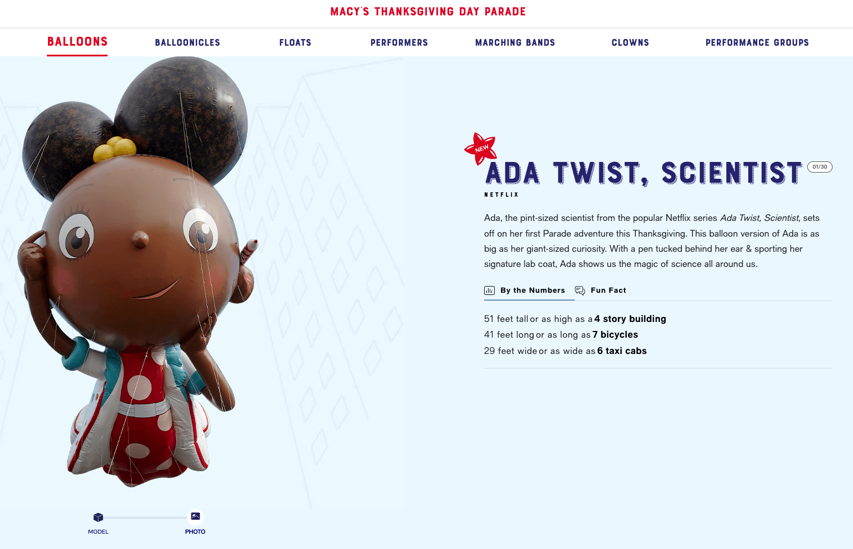 The Macy’s Thanksgiving Day Parade has some great balloons, performances, and more related to STEM/STEAM this year! I am watching this as I cook and get ready to deliver some pies to the hospital where a team member is recovering from a surgery – the pies are for the staff, our Adafruit team member did not want anything, just something for others, which is our jam. Each year, more than 3.5 million people in NYC & more than 50 million people at home watch the Parade and this year it’s back in NYC – back to mashing sweet potatoes for me…

Ada Twist, Scientist – is at the Macy’s Thanksgiving Day Parade –

“Ada, the pint-sized scientist from the popular Netflix series Ada Twist, Scientist, sets off on her first Parade adventure this Thanksgiving. This balloon version of Ada is as big as her giant-sized curiosity. With pen tucked behind her & ear & sporting her signature lab coat, Ada shows us the magic of science all around us.”

Her Future is STEM-SATIONAL by Olay –

“Returning to our Thanksgiving lineup is iconic skin care brand Olay with a float that celebrates & inspires females to shoot for the stars in pursuing opportunities, studies & careers in science, technology, engineering & math (STEM). This cosmic creation captivates with twinkling lights, a robotic arm & turning gears.

Olay’s astronaut woman would be over 40 feet tall when standing, at that height, her rocket ship would need to be approximately the same size as the tallest skyscraper in NYC.” 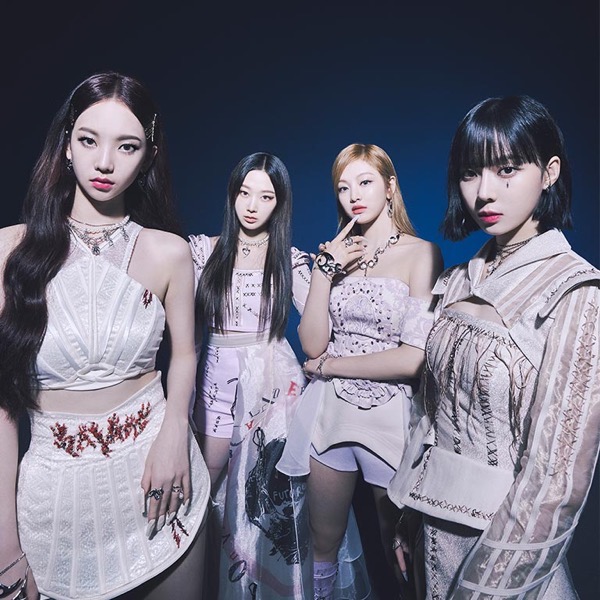 “One of South Korea’s most daring new K-pop acts, this all-female foursome is made up of Karina, Winter, Giselle & Ningning, who each have avatar counterparts that live in a virtual world. It’s a sci-fi concept that has helped them rack up 100 million YouTube views for their debut video, “Black Mamba.” The song also topped charts in 95 countries when it launched in November 2020. Plus, their debut EP. Savage, has made a big splash stateside, entering at No. 20 on the Billboard 200 chart, which is the highest ranking ever for a K-pop girl group’s debut on the U.S. album chart.”

Check out the rest of the Balloons, Balloonicles, Floats, Performers, Marching Bands, Clowns, and Performance groups.

Comments Off on Ada Twist, Scientist & Her Future is STEM-SATIONAL, AESPA and more – is at the Macy’s Thanksgiving Day Parade #stem #steam @aespa_official @andreabeaty #MacysParade @macys