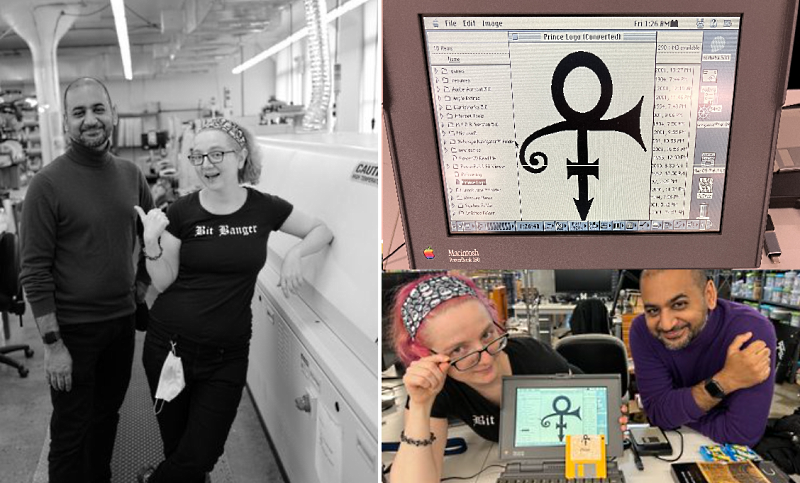 cdm posts about recovery of the Prince symbol that Adafruit helped with in coordination with floppy owner Anil Dash.

Prince was way ahead of non-fungible tokens – with a symbol that was intended to make life a pain-in-the-a** for the record label. (Non-f***able totem?) And now Anil Dash and Limor Fried/Adafruit have brought back that image from a floppy.

Okay, it’s another “kids ask your parents” moment here on CDM, but yeah, there was a time in the early 90s where Prince changed his name to a symbol. (There was an associated sound, too.)

The symbol, as a combination of male and female, started as a punchline (evidently intentionally so) but came to represent the concept of non-binary in a way that only recently would be seen as acceptable in the music business. (The Brit Awards even recently scrapped male and female categories.)

Warner Bros. sent out computer floppy discs of the symbol so publications could use it in print (and apparently Mac and Windows formats separately, It was also made available on CompuServe and CD-ROM.) The fun recent part of this story is that Anil Dash got one of those floppies back in 2014.

There was one heckuva a weird combination of formats, which I suspect is what took some help from Limor, Phil, or whomever over at Adafruit – it was a bmapfile on the Mac and some arcane format on PC too (keeping in mind TTF and PS font formats were available in 1993).

But somehow they did open the floppy and convert it on an older Mac, as pictured. Ah, memories of the PowerBook 180. (1992, the high-end model – a splurge!)

Adafruit uploaded it on the Internet Archive – and as an image, not a font.

Read the entire article on cdm here, and other articles:

Cracking Open The Prince Floppy After The Purple Reign [hackaday.com]