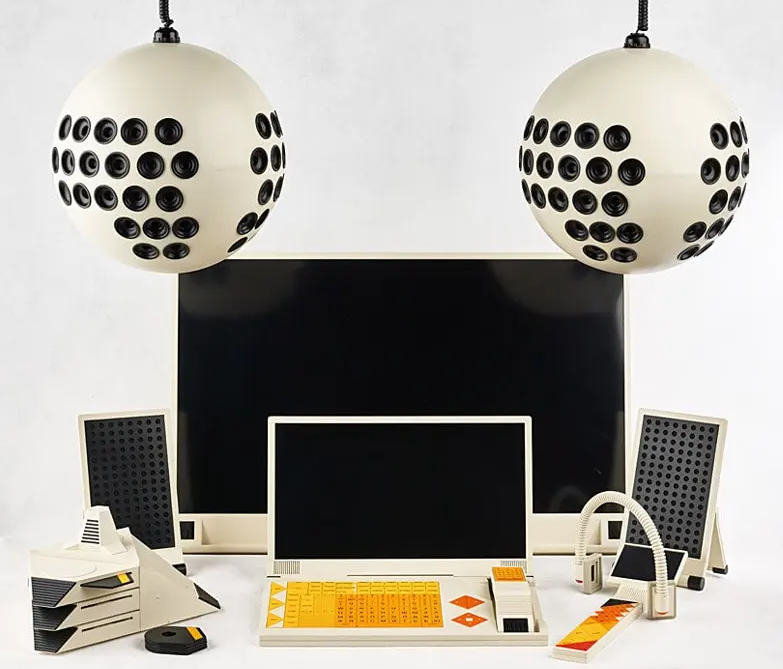 Looking back at Soviet Union’s technology, what first comes to mind is the Sputnik, the Soyuz spacecraft, aircraft such as the Tupolev 144 (the famous “Concordski”), or huge nuclear submarines. What does not come to mind are consumer electronics products and computers, which is not surprising. One of them, possibly the most visionary, was named Project SPHINX.

It was a futuristic system, conceived in the Eighties by a brilliant Russian designer and engineer, Dmitry Azrikan, at the famous VNIITE Design Institute in Saint Petersburg (the institute, whose name was an acronym for “All-Union Research Institute of Technical Aesthetics”, closed in 2013).

Designed in 1986, SPHINX (again an acronym, this time for “Super Functional Integrated Communication System”) wasn’t just a computer, as it might seem, but a complex system for home automation, digital entertaining, communication, telecommuting, and even telemedicine. The project was commissioned by the State Council For Science and Technology, directly controlled by the Soviet Government, to VNIITE to create “a revolutionary computer”.

The core of the system was a modular “memory unit” consisting of a CPU to which three triangular memory expansion modules could be connected. Such configuration was intended to allow different users –  each member of a family, for example – to use different programs at the same time, in multitasking.

The system was intended to replace all the technological devices in a house, computers, telephone, television, radio, audio system, and so on. To do that, some peripherals were included.

– A large flat-panel display and TV with two spherical satellite loudspeakers, for home entertainment, and video-conference.

– One (or more) desktop unit – combining a computer and a video and multimedia player – with a keyboard, a 19” 15:9 ratio monitor, two detachable flat loudspeakers, wireless headphones, and an optional telephone. Such a unit did not have a mouse, replaced by a sort of d-pad with four triangular directional buttons.

– A handheld remote control with a small LCD screen, a microphone and a speaker which can also be turned into a palm computer.

The devices communicated with one another using radio waves, while the system was connected to the rest of the world through the telephone line.

The plan was to install the SPHINX system in a large number of Russian homes by 2000.

Yet, the economic and political downturns of the Soviet Union which culminated in its fall in 1991 (after which Designer Dmitry Azrikan left Russia and moved to Canada, where he still lives) put an end to the project, which remained at a prototype stage and, today, looks like the swan’s song and the silent witness of an era of contradictions and tragedies but also of great expectations and insightful ideas. 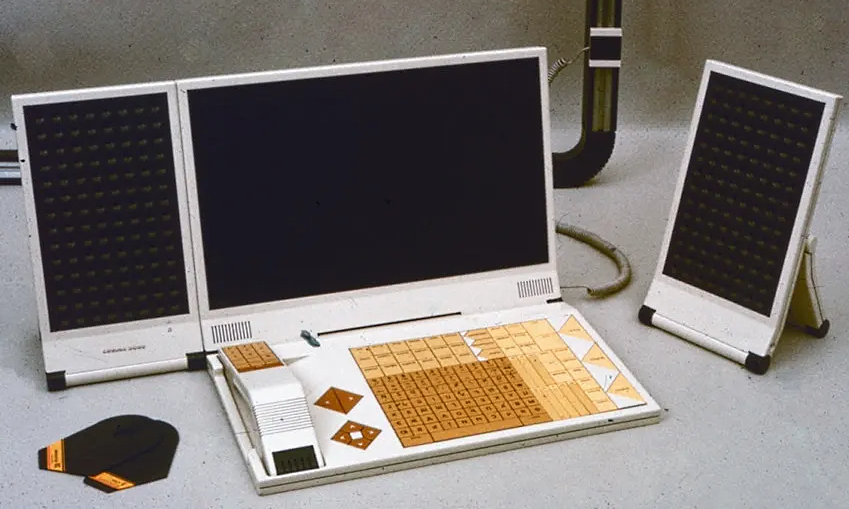