Vintage Games from the Eastern Bloc Newly Available to the West 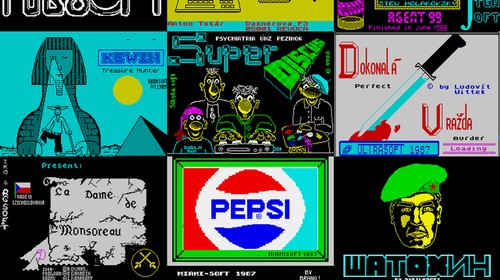 As it turns out, early video game designers in the Eastern Bloc made their own games. Some of these lost classics are now playable in English translations. Here’s more form the Slovak Game Developers Association and the Slovak Design Museum:

It was at the turn of the 1980s and 1990s that the first generation of creators, influenced by commercial game development from Western Europe or the United States, was formed in our country. Several local communities were gradually formed around the phenomenon of video game creation all over Slovakia. There was an active exchange and copying of games on cassettes in Svazarm’s interest groups, fans of personal computers exchanged their experiences, and many of them, following the example of the West, began to create their own games, which were shared among friends and acquaintances all over Czechoslovakia.

Today, we consider games from this period to be a key part of the history of home production, which, like other historical works, belongs to our cultural heritage. Historical and theoretical research on digital games, to which entire university departments are devoted and which is considered a regular part of academic research by several experts around the world, has been going on for a long time without the rest of the world having the opportunity to get acquainted with our national production.