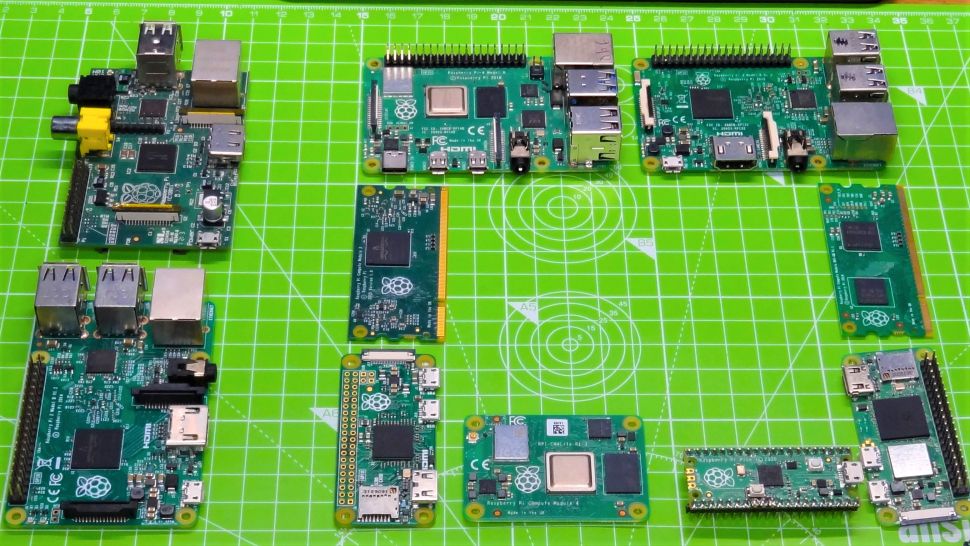 Tune in for episodes from January 18th through February 28th. Ladyada will be featured on February 15th, Via tomshardware

It’s hard to believe but the Raspberry Pi has been around for almost decade now, having launched on February 29th, 2012. In that time, the Pi has become more than just a computer; it’s the center of a vast community that brings together students, teachers, professionals, and enthusiasts to push the boundaries of technology. On any given day, you’ll find professional engineers and IT managers using Raspberry PI it for serious work or makers working on some of the best Raspberry Pi Projects, including robots, AI-driven cameras and smart-home devices.

As we approach the 10-year anniversary of its launch, we will be exploring the history of the Raspberry Pi and the powerful ecosystem that surrounds it on the next seven episodes of the Tom’s Hardware Pi Cast, our weekly Pi-themed show. Broadcast live on Tuesdays at 7:30 pm UTC (UK Time) / 2:30 pm ET, the Pi Cast showcases the latest in Raspberry Pi-related technology and celebrates the best projects.

Join us as we bring in industry leaders, project developers, and even the original creators of the first Raspberry Pi—Pete Lomas and Eben Upton for a series of special episodes. As always, if you tune in during the stream using YouTube or Facebook, we’ll be taking your questions live and, if you can’t make it, all episodes are available for later viewing on the Tom’s Hardware YouTube channel. 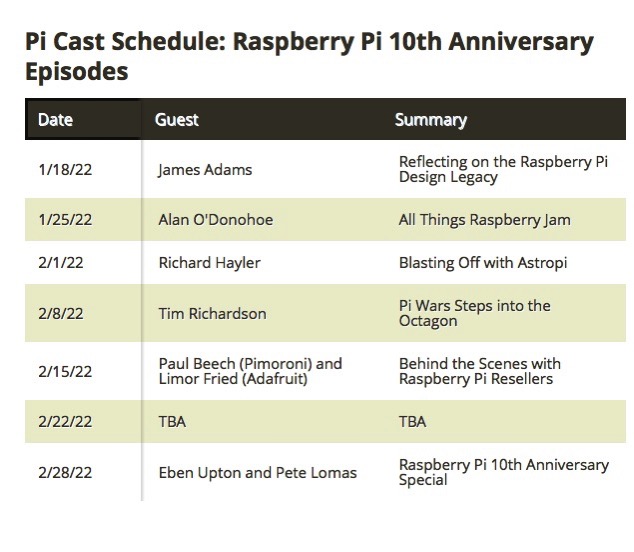 Comments Off on The Pi Cast Celebrates 10 Years of Raspberry Pi: New Episodes With Ladyada, Eben Upton, and More