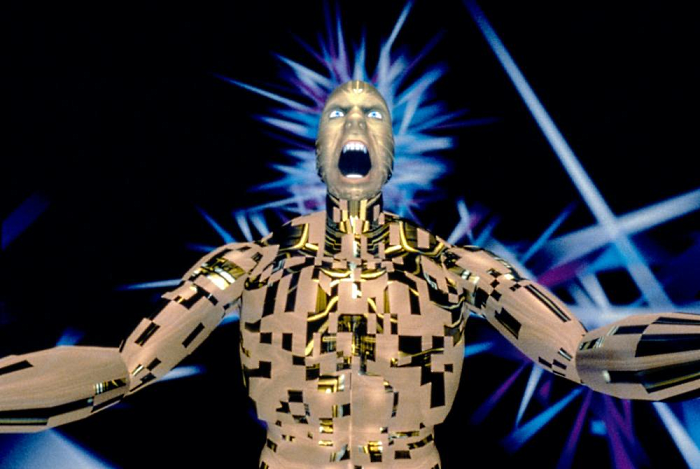 The 1992 CGI-fest movie The Lawnmower Man is supposedly about a guy who killed people using a lawnmower. Based on a book of the same name by Stephen King, King sued to have his name removed from the movie as it bore – barring one minor scene – absolutely no connection to the book. Rather, the movie was used as a vehicle to show off what the state of CGI, or Computer Generated Imagery, was at the time.

The 30-second plotline is Dr. Angelo, a scientist funded by a shadowy company, is researching whether or not Virtual Reality can be used to enhance the human cognitive capabilities, or even unlock potential powers. He recruits Jobe, who helps around the grounds at local church and suffers from cognitive disabilities, and straps him into a complicated VR setup that turns Jobe into a god who ends up not acting very godlike.

The movie was fun, but the real purpose of the thing was to show off what the state of the art was in terms of CGI at the time, and also present what was at that time a still-unknown technology: Virtual Reality.

In 1992 when the movie was released, commercial-grade computer generated imagery was created primarily on Silicon Graphics workstations, which at the time were the powerhouse machines of the day. Now, we have laptops with more computing power, but back then SGI workstations were the top of the line pro setup, and everyone from movie studios to science labs to government agencies wanted them for their ability to do everything we take for granted today: Simulations, animations, visual manipulation, prediction, etc.

See the video below and more on IS301.

Comments Off on The Lawnmower Man, and Vintage CGI #Graphics #History