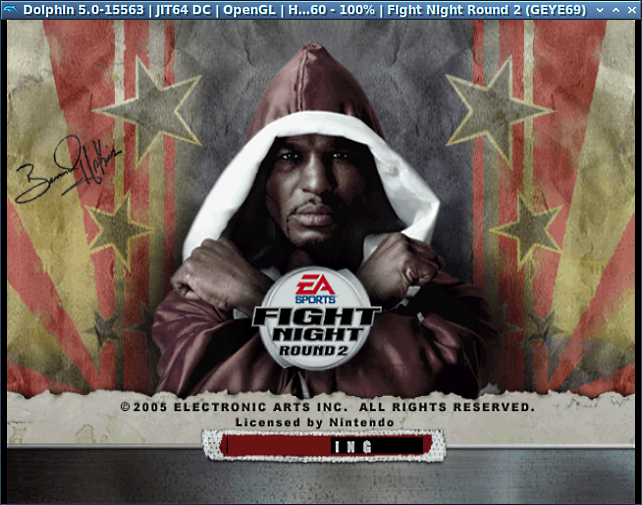 SNESticle was the much requested, much anticipated, much rumored, but never released follow-up to NESticle, the legendary NES emulator programmed by Sardu and released by Bloodlust Software in 1997. Sardu instead went on to create the excellent Genecyst and Callus emulators and was eventually hired by Electronic Arts.

Years later, EA released Fight Night Round 2, a boxing game that is supposedly pretty good, but what is way more interesting is that the Gamecube version of it contains an emulated version of Nintendo’s Super Punch-Out!! (exclamation marks part of the title, not for effect!!).

Data mining revealed the strings “SNESticle” and “Copyright (c) 1997-2004 Icer Addis” (Addis being Sardu’s real name) on the game disc. This raises a lot of questions, perhaps most importantly (and unanswerably): did he really have SNESticle ready to go back in 1997 and then chose to sit on it just to spite the people who were bugging him for it? Or is the 1997 date just a joke, to spite the very same people now? Or is the whole thing a joke? Who knows, but it’s clear that there is a working SNES emulator called SNESticle locked up inside Fight Night Round 2 and something has to be done about it!

The main goal of the SNESticle Liberation Project is to extract the SNESticle code from Fight Night Round 2, to allow it to run on its own and to run other games than Super Punch-Out!!. Mostly this goal has been met, it is now possible to create a Gamecube ISO containing SNESticle and a single SNES ROM of your choice.

On GitHub, there is a script which extracts SNESticle from a Fight Night Round 2 ISO (US version) and produces a new ISO containing just SNESticle and a SNES ROM (Super Punch-Out!! or a SNES ROM of your choice). It also patches the joypad emulation to fix some issues and create a more logical button layout. It requires Python 3 and is MIT licensed.