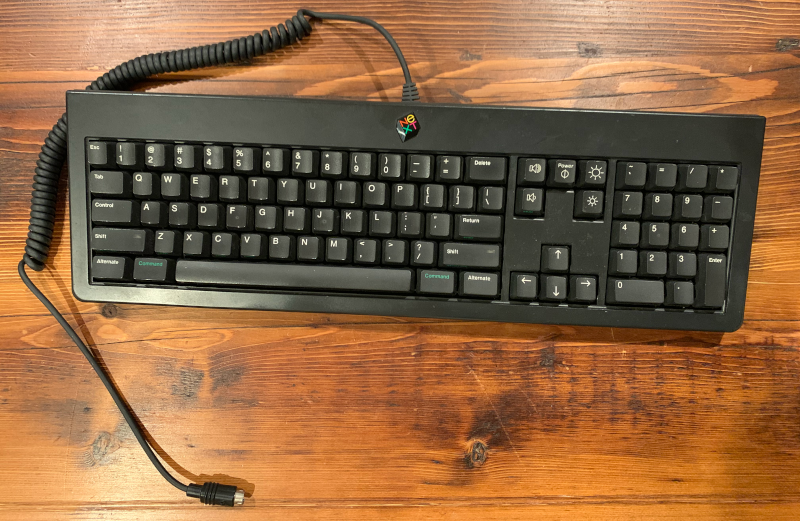 Steve Jobs’ NeXT computer company made a keyboard in 1988. With no prior electronics experience, I tried to get it to work over USB. To do so, I had to go way deeper than I ever expected – all the way back over 100 years to broadcast radio standards from the 1920s. I learned tons and tons, and had a lot of fun.

Happily, other people have worked to get these old NeXT non-ADB keyboards to work over USB. There’s a quite thorough tutorial on Adafruit, complete with code.

I eagerly installed the tutorial’s software and… nothing really worked quite right. Keys sometimes worked, but sometimes didn’t. The “A” key worked great, but if I pressed “X” or “C” then I would never get any signals again until I unplugged it and replugged it. Something was wrong.

Spencer found an article from someone named Drak who seemed to have similar doubts about the timing, and who noted that the time interval might be as high as 54 microseconds.

And then Spencer found that the open source TMK keyboard firmware has an implementation for non-ADB NeXT keyboards, with an intriguing comment attached:

The NeXT non-ADB keyboards have a pulse width of 52.74 microseconds, because they send data every 24 ticks of a 455 kHz clock.

Read this amazing article here and see the code here. 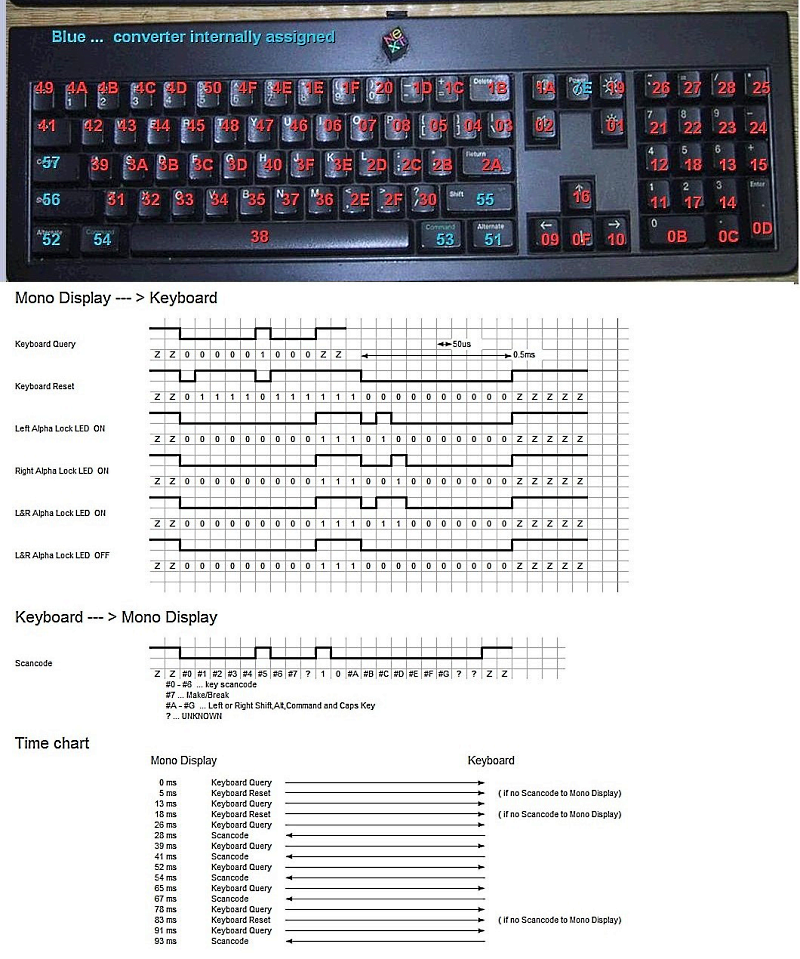 Comments Off on Reverse engineering the 1988 NeXT keyboard protocol #Keyboards