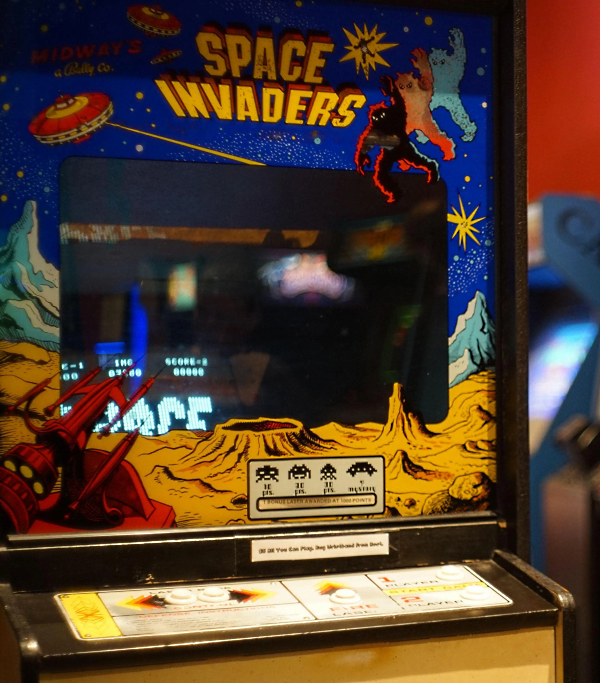 Did you know the gripping sounds, key to Space Invaders’ videogame success, were an accident?

During gameplay, the more aliens a player shot, the faster they approached; their drumbeat quickened, the tension mounted. Ironically, says Bill Adams, director of game development for Midway Manufacturing Co., of Chicago, Ill., which licensed Space Invaders for sale in the United States, these features of the game were accidental.

“The speeding up of the space invaders was just a function of the way the machine worked,” he explained. “The hardware had a limitation—it could only move 24 objects efficiently. Once some of the invaders got shot, the hardware did not have as many objects to move, and the remaining invaders sped up. And the designer happened to put out a sound whenever the invaders moved, so when they sped up, so did the tone.”

Accident or not, the game worked. As of mid-1981, according to Steve Bloom, author of the book Video Invaders, more than 4 billion quarters had been dropped into Space Invaders games around the world—“which roughly adds up to one game per earthling.”

Comments Off on The secrets of Space Invaders #Gaming @IEEESpectrum