Analyzing the implementation of the game Another World #Gaming #ReverseEngineering @fabynou 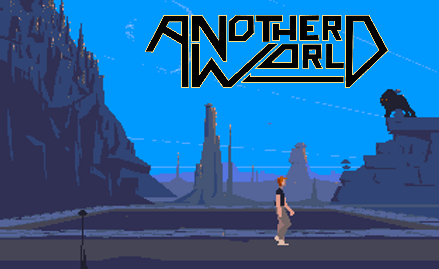 There is a playful way to study the architecture of computers of the past: find a piece of software you know well and try to find out how it was ported to these machine you don’t. Fabien Sanglard chose Eric Chahi’s 1991 critically acclaimed” game “Another World”, better known in North America as “Out Of This World”.

Clever tricks allowed Another World to run on hardware built up to five years prior to the game release.

This series is a journey through the video-games hardware of the early 90s. From the Amiga 500, Atari ST, IBM PC, Super Nintendo, up to the Sega Genesis. For each machine, I attempted to discover how Another World was implemented. I found an environment made rich by its diversity where the now ubiquitous CPU/GPU did not exist yet.

There is very little code in Another World. The original Amiga version was reportedly 6,000 lines of assembly. The PC DOS executable is only 20 KiB. Such a vast game shipped on a single 1.44 MiB floppy. That is because most of the business logic is implemented via bytecode. The Another World executable is a virtual machine host which reads and executes 8-bit opcodes.

Another World VM defines 256 variables, 64 threads, 29 opcodes, and four framebuffers. That’s it. If you build a VM host capable of handling these, you can run the game. If you are able to make the VM fast enough to run at 20 frames per seconds, you can actually play the game.

The virtual machine’s graphic system uses a coordinate system of 320×200 with 16 palette-based colors. This choice was a sweet spot allowing the graphics to be compatible with the other big platform of the era, the Atari ST which supports only 16 colors.

The limitation turned out to be a blessing in disguise. It resulted in an unique style which has aged well.