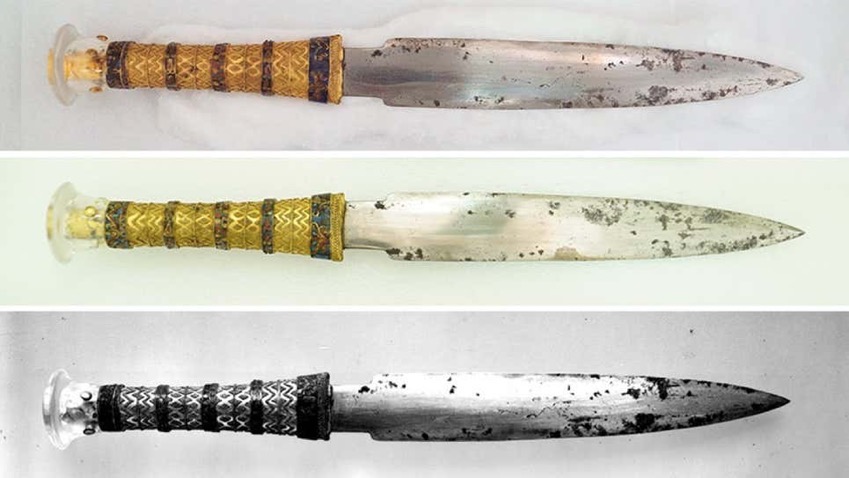 Now I’m not saying aliens built the pyramids, but King Tut did have a space dagger. The fact that the dagger was formed from metiorite iron isn’t new but questions of the origin remain. From Gizmodo:

A 2016 study affirmed the likely meteoritic origin of the pharaoh’s iron, but questions remained about the kind of meteorite it came from and how it was forged. That’s where the new study comes in, published this month in Meteoritics & Planetary Science.

So perhaps Tutankhamun’s space dagger was a family heirloom, received from abroad. The researcher’s elemental analysis also indicated that gemstones in the dagger’s hilt were attached with lime plaster, which was used commonly in Mitanni but didn’t catch on in Egypt until later.