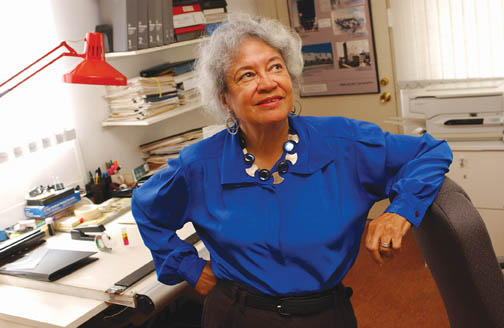 Norma Merrick Sklarek, the first African American woman in the country to become a licensed architect.

Some highlights from her amazing career, via The American Institute of Architects:

A New York City native, Sklarek graduated from Columbia University in 1950. After a brief stint working for Skidmore Owings and Merrill, she moved to Los Angeles to work at Gruen. During her 20-year tenure there, Sklarek completed some of her most important projects, including Fox Plaza in San Francisco, the American Embassy in Tokyo, and the Queens Fashion Mall in New York. From 1980 to 1985, she was a vice president at the Welton Becket firm, where she designed the Terminal One building at Los Angeles International Airport. 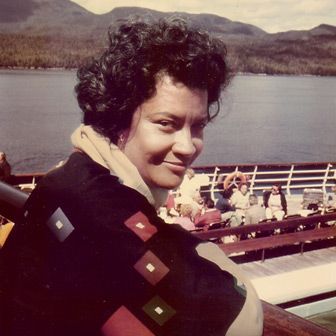 When she founded her own architectural firm she was adamant about diversity, via African American Registry: