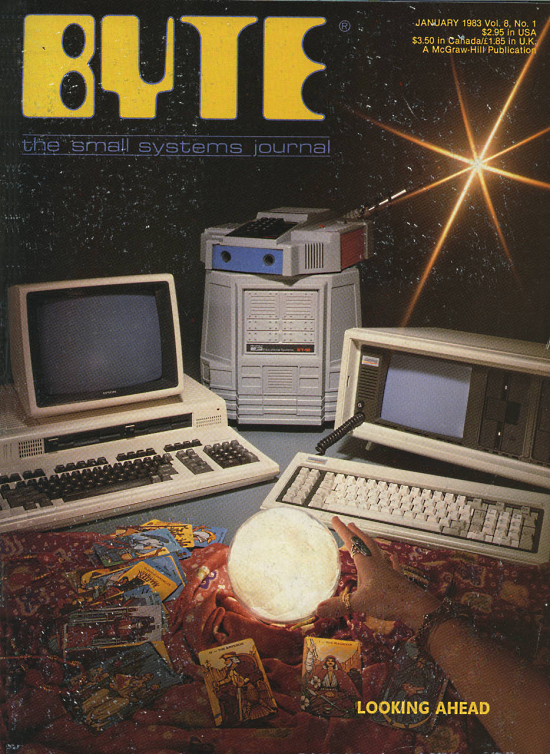 Tech Tangents on YouTube shares information on the complete collection of Byte magazine they’ve been able to put together.

Byte was a microcomputer magazine, influential in the late 1970s and throughout the 1980s because of its wide-ranging editorial coverage.

Byte started in 1975, shortly after the first personal computers appeared as kits advertised in the back of electronics magazines. Byte was published monthly, with an initial yearly subscription price of $10. Whereas many magazines were dedicated to specific systems or the home or business users’ perspective, Byte covered developments in the entire field of “small computers and software”, and sometimes other computing fields such as supercomputers and high-reliability computing.

Like many generalist magazines, Byte’ suffered in the 1990s due to declining advertising sales. McGraw-Hill’s publishing arm was sold to CMP Media in May 1998, and the new owners immediately laid off almost everyone in the magazine arm, ending publication with the already-complete July edition. The associated website continued to draw 600,000 page views a month, prompting the owners to re-open the magazine in a pure online format in 1999. It continued as an online publication until 2009 when it shut down, only to be revived in 2011 and then shut down for good in 2013.

Byte reported on many of the important trends of the time and was quite popular with people having a wide range of interests.

See the video below. And to read scanned copies, you can go to https://vintageapple.org/byte/