The Studio as an Instrument #MusicMonday 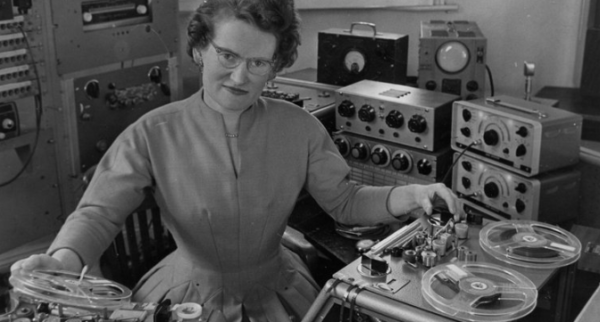 It’s no longer controversial to suggest that video games can be art. Likewise those in the know understand that turntables can be musical instruments. But what about a musical studio? Are sound engineers musicians? Ableton Live has a three-part series exploring that very idea. Here’s more from Ableton:

Though it’s arguably been an intrinsic part of the process since the beginning of recorded music, the idea of the studio as a compositional tool really took hold with the the proliferation of tape as a recording medium in the 1940s. Today, the idea is plainly evident in genres such as hip-hop, electronic music, and modern pop, where the studio – with its wealth of digital audio capabilities – is arguably the most essential component of musical creation, allowing artists to piece together bits of audio from any number of sources and manipulate them to virtually limitless ends in their path to creating coherent musical compositions.

The idea of the “studio as an instrument” – that creating a compelling musical recording requires more than simply documenting a performance, but rather that manipulating audio is itself a compositional artform – is one of the pillars of Ableton’s philosophy. And with two modern luminaries of this approach, dub pioneer Lee “Scratch” Perry and legendary techno architect Moritz von Oswald, appearing at the 2016 Loop Summit, we wanted to dig deeper into the pre-digital, pre-software history of this foundational concept of modern music making. Though not nearly all contributions to the field can truly be accounted for, we’ve tried to distill this history down to a handful of key artists and accomplishments.

Comments Off on The Studio as an Instrument #MusicMonday