The PDP-11, the most influential minicomputer of all time @arstechnica

The Digital Equipment Corporation (DEC) PDP-11 is arguably the most influential minicomputer of all time – it helped popularize the interactive computing paradigm we take for granted today per a recent article in Ars Technica.

In today’s world of computing, in which every computer runs some variant of Windows, Mac, or Linux, it’s hard to distinguish between the CPUs underneath the operating system. But there was a time when differences in CPU architecture were a big deal. The PDP-11 helps explain why that was the case.

The PDP-11 was introduced in 1970, a time when most computing was done on expensive and large GE, CDC, and IBM mainframes that few people had access to. There were no laptops, desktops, or personal computers. Programming was done by only a few companies, mostly in assembly, COBOL, and FORTRAN. Input was done on punched cards, and programs ran in non-interactive batch runs.

Although the first PDP-11 was modest, it laid the groundwork for an invasion of minicomputers that would make a new generation of computers more readily available, essentially creating a revolution in computing. The PDP-11 helped birth the UNIX operating system and the C programming language. It would also greatly influence the next generation of computer architectures. During the 22-year lifespan of the PDP-11—a tenure unheard of by today’s standards—more than 600,000 PDP-11s were sold.

Early PDP-11 models were not overly impressive. The first PDP-11 11/20 cost $20,000, but it shipped with only about 4KB of RAM.  But it also had an amazing orthogonal 16-bit architecture, eight registers, 65KB of address space, a 1.25 MHz cycle time, and a flexible UNIBUS hardware bus that would support future hardware peripherals.

Read more in the excellent article in Ars Technica. 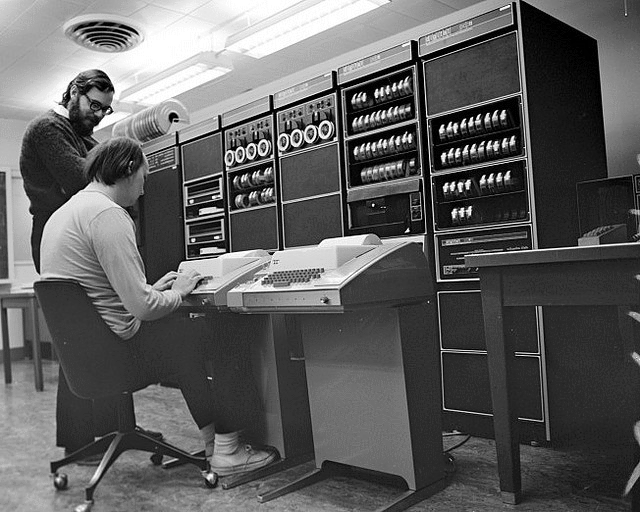 Comments Off on The PDP-11, the most influential minicomputer of all time @arstechnica