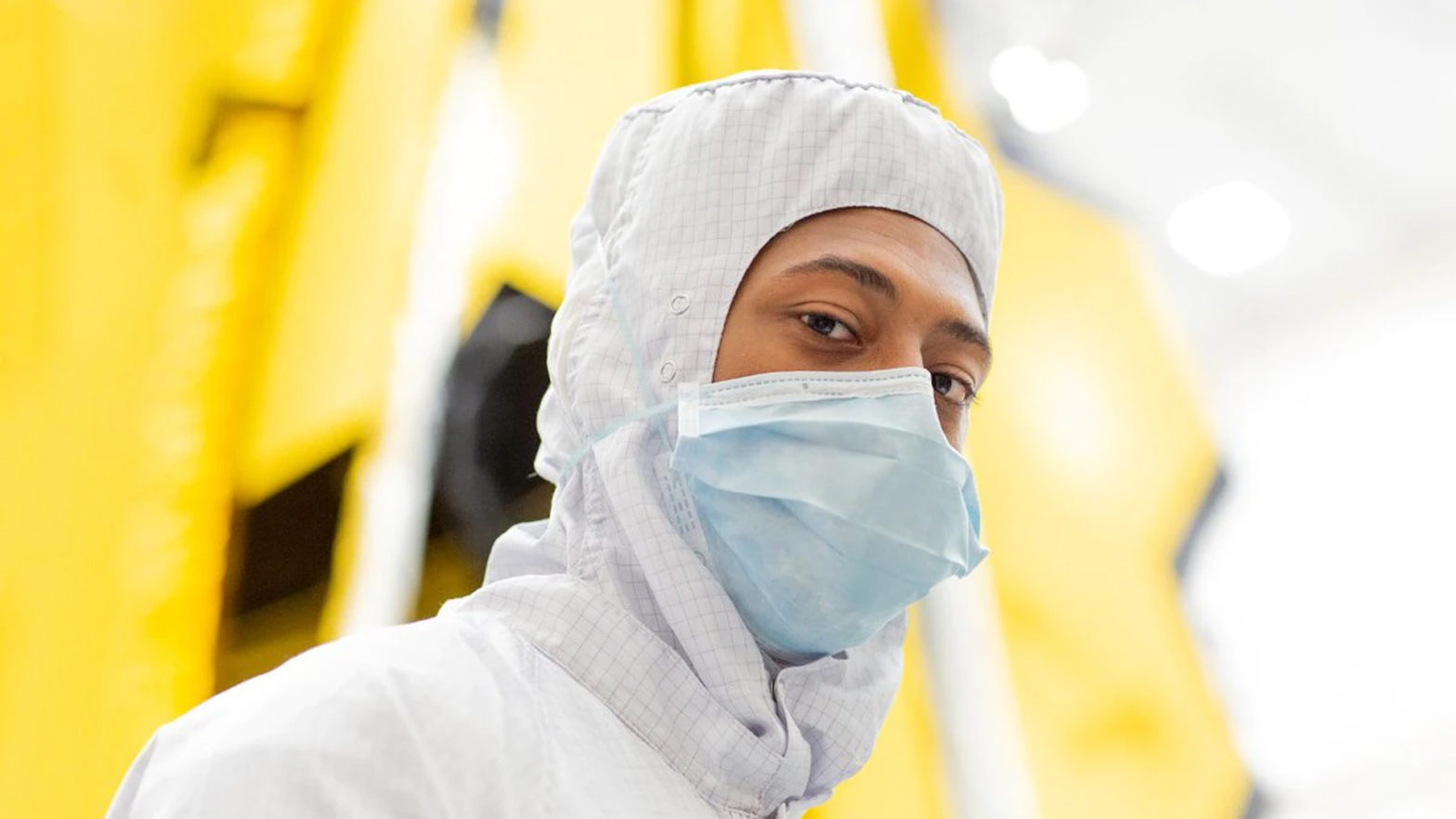 If intelligent life is discovered on another planet, JSU can boast that it played a significant role because one of its alums recently helped launch the world’s most powerful telescope that can peer back 13.5 billion years — well before humans populated the Earth.

Douglas Williams, a 2019 JSU alum, is an alignments engineer for Northrop Grumman. He hopes the telescope may one day answer questions about alien life on other planets.
The joy of being part of the team that developed the James Webb Space Telescope (JWST) sent Douglas J. Williams II, 26, over the moon, figuratively speaking. Now, he’s eagerly awaiting images of the universe that have never been seen before.

The College of Science, Engineering and Technology alum earned his bachelor’s degree in computer engineering in 2019. He’s a native of Kalamazoo, Michigan, although most of his family reside in the Mississippi cities of Jackson and Vicksburg.

Currently, Williams lives in Los Angeles and has worked nearly three years for Northop Grumman, an aerospace and defense technology company, which is the prime contractor that developed the telescope. Williams is an alignments engineer.

In fact, his alignments team played an integral part in supporting test and on-earth mechanical deployment procedures for the Webb telescope.

Filed under: Technology — by Trevor