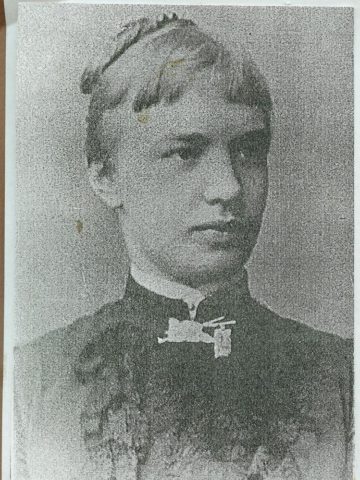 After graduating from Michigan, Mary continued to pursue her interests in engineering, especially mining. During 1882–1884 she became an active member of the American Institute of Mining Engineers. In her scrap book she left printed programs and other ephemera of the Institute. They show that she made multiple excursions to Colorado to explore mining sites.

Mary was clearly devoted to becoming an expert in the field of mining like her father. After her time exploring the United States with the Institute, she traveled abroad to Germany and enrolled in the prestigious Königliche Bergakademie zu Freiberg (Freiberg Mining Academy). Mary’s father had attended the Academy three decades earlier in the ‘50s. It helped launch his career in mining and was also where he met his wife. Edward had studied under Camilla’s father—Mary’s grandfather—Julius Ludwig Weisbach, an influential mathematician and engineer.  When Mary attended the Academy from 1885–1886, her grandfather was no longer living. However,two other family members were faculty, her uncle Julius Albin Weisbach and cousin Clemens Winkler. The family connections were crucial, since both Weisbach and Winkler wrote letters recommending her admission.

Just attending the all-male academy was a remarkable feat in itself. Mary appears to be one of only two women to have ever been granted admission in the nineteenth century. The uniqueness of the situation is evident on the form for her schedule of classes.  The name-field “Herr” (“Mr.”) needed to be crossed out and replaced with “Fräulein” (“Miss”). Also, the administration deemed that special arrangements were necessary to carefully handle the presence of a woman on campus. Its approach was to segregate Mary in her own laboratory in order to avoid distracting the male students.