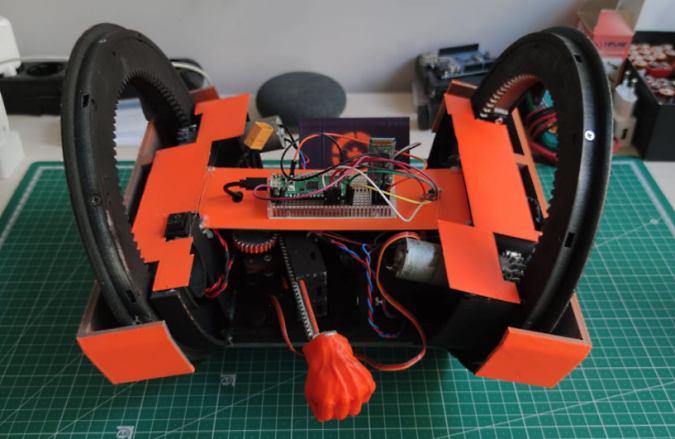 In Star Wars: Attack Of The Clones, a convoy of tanks with enormous wheels that bear down inexorably on their enemies was a fearsome sight. The concept seemed ideal to 15-year-old robot builder Selin Ornek when she needed ideas for a new battlebot.

She has now built six robots, including two that act as guide dog robots for blind people. The original version of this, the Arduino-based IC4U, won Selin her first prize at Coolest Projects International in 2018. “I won first place in the Hardware Category at Coolest Projects, and one of my prizes was a Raspberry Pi 3B+.” The other was a Google AIY kit – presented to her by Raspberry Pi’s very own Eben Upton. “After this, I started to use Raspberry Pi in all my projects.”

Read more in the article here and in The MagPi Magazine #116, available from the Raspberry Pi Store in Cambridge. You can also get it via our app on Android or iOS. And there’s a free PDF you can download too.