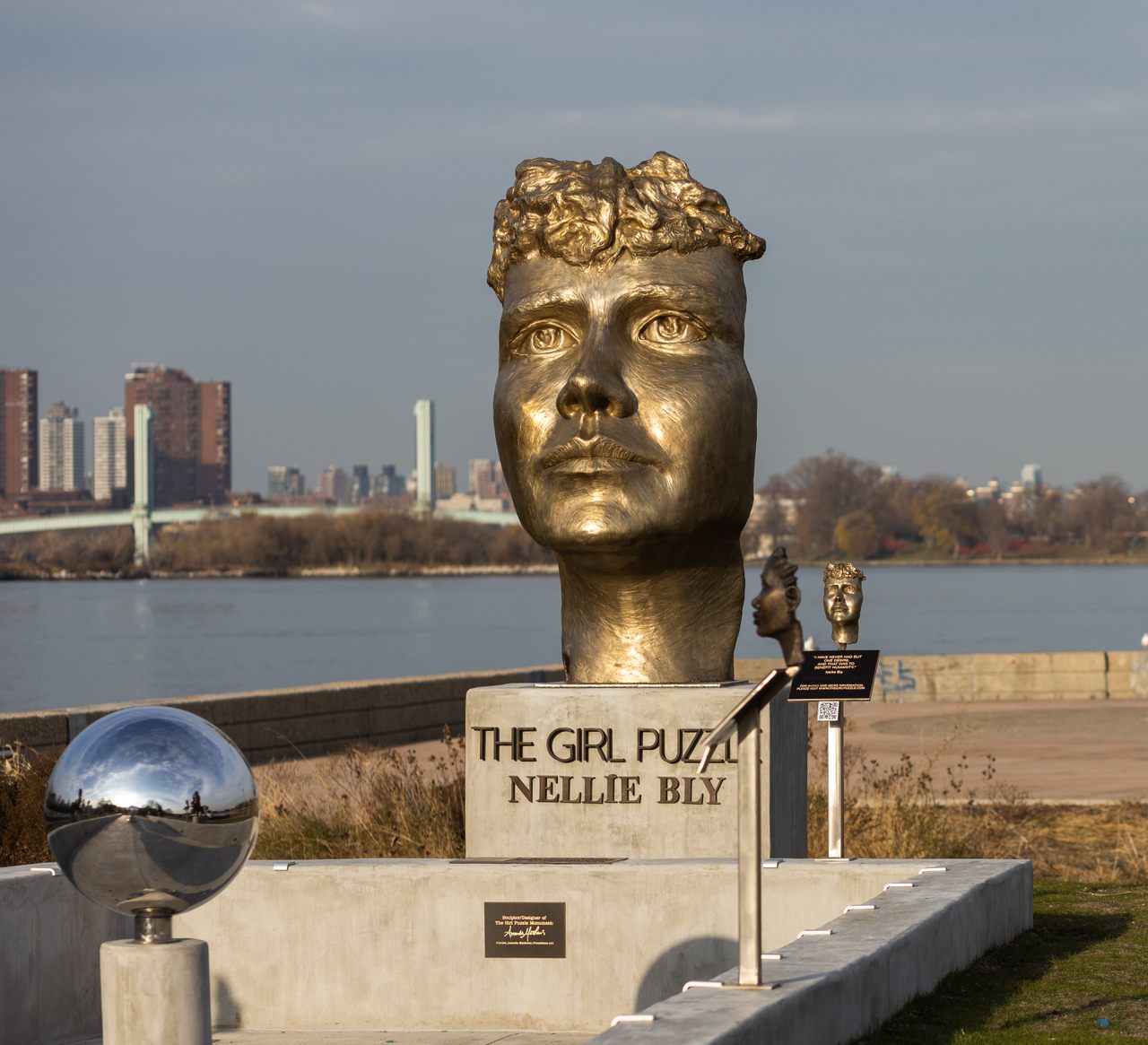 Nellie Bly’s work is being honored with a new statue on Roosevelt Island, the site of one of her most famous and important pieces of reporting.

Bly’s harrowing account was titled “Ten Days in a Mad-House,” and it described horrid food—inedible oatmeal and blackened, spider-studded hunks of unbuttered bread—and deplorable conditions, such as silent, stiff hours on crowded benches and uncomfortable trips to a frigid bathroom, where she and other patients were scrubbed until “my teeth chattered and my limbs were goose-fleshed and blue.” More than 130 years later, the writer has returned to the island in the form of a monument to her work and the subjects she championed.

Sculptor Amanda Matthews, co-owner of the firm Prometheus Art, designed the piece, which was installed at the north tip of the island in late 2021. It consists of a long walkway that stretches past several mirrored spheres and four seven-foot-tall faces, representing a young girl, an African-American woman, an Asian-American woman, and a queer woman. Each is cast in bronze and cleaved elegantly apart like enormous jigsaw pieces. The walkway leads to a statue of Bly herself, cast in a silver bronze. Matthews titled her installation The Girl Puzzle, a nod to the headline of Bly’s first published article, a thoughtful, passionate 1885 piece in the Pittsburgh Dispatch in which Bly advocated for solid, stimulating, paying jobs for women workers, and it is etched with her words.

Comments Off on A New Monument Celebrates Nellie Bly’s Undercover Reporting, Right Where It Happened