Almost 70 years ago Edmund Hillary Reached the Top of the World. Hear Him Describe It 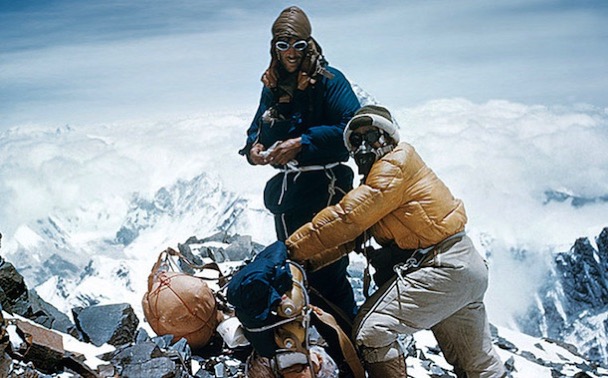 Sixty years ago, on May 29, 1953, mountaineers Edmund Hillary and Tenzing Norgay set foot atop Mount Everest, the world’s highest mountain. They were the first ever to reach its 29,029-foot peak, and met instant fame upon their return: today their ascent is considered a great achievement of the 20th century.

In 1974, Hillary, a New Zealander, detailed the perilous climb and his motivations for tackling it on “Interview with Sir Edmund Hillary: Mountain Climbing,” produced by Howard Langer at Smithsonian Folkways Recordings. The conversation touches topics from Hillary’s preparation for the perilous climb, the thrill of reaching the top and even the abominable snow man (Hillary thought he might have found its tracks while scaling Everest, but later discounted Yeti reports as unreliable).

Below, we’ve transcribed some highlights from the interview and posted an audio sample. You can check out the full interview’s script here.

Comments Off on Almost 70 years ago Edmund Hillary Reached the Top of the World. Hear Him Describe It