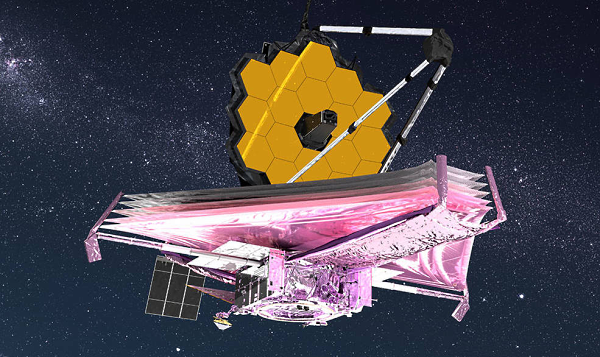 NASA’s James Webb Space Telescope will see the first galaxies to form after the big bang, but to do that its instruments first need to get cold – really cold. On April 7, Webb’s Mid-Infrared Instrument (MIRI) – a joint development by NASA and ESA (European Space Agency) – reached its final operating temperature below 7 kelvins (minus 447 degrees Fahrenheit, or minus 266 degrees Celsius).

“The MIRI cooler team has poured a lot of hard work into developing the procedure for the pinch point,” said Analyn Schneider, project manager for MIRI at NASA’s Jet Propulsion Laboratory in Southern California. “The team was both excited and nervous going into the critical activity. In the end it was a textbook execution of the procedure, and the cooler performance is even better than expected.”

The low temperature is necessary because all four of Webb’s instruments detect infrared light – wavelengths slightly longer than those that human eyes can see. Distant galaxies, stars hidden in cocoons of dust, and planets outside our solar system all emit infrared light. But so do other warm objects, including Webb’s own electronics and optics hardware. Cooling down the four instruments’ detectors and the surrounding hardware suppresses those infrared emissions. MIRI detects longer infrared wavelengths than the other three instruments, which means it needs to be even colder.