Earliest Known Organisms May Be Barely Younger Than Earth Itself 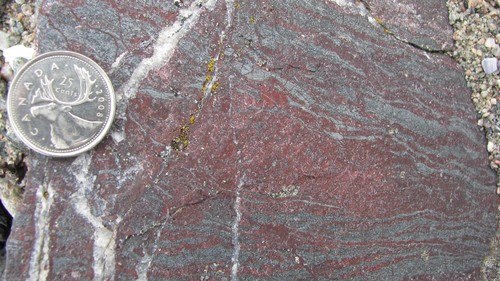 The greatest discovery of the 20th Century was just how old the Earth really is. Currently scientists have demonstrated that our planet is about 4.5 billion years old. A newly discovered fossils of living organisms have been dated to as far back as 4.2 billion years, which means that the Earth has been home to living organisms almost from its birth, geologically speaking. That throws a spanner in the works of our current understanding of our biological history. Here’s more from MOTHERBOARD:

If the structures in these rocks are biological in origin, it would push the timeline of life on our planet back by 300 million years at a minimum, and could potentially show that the earliest known organisms are barely younger than Earth itself. Such a finding would have major implications for understanding the emergence of life on Earth, and could also inform the search for aliens on other worlds.

These presumed microbial fossils were originally collected by Dominic Papineau, an associate professor in geochemistry and astrobiology at University College London, during a 2008 expedition to Québec’s Nuvvuagittuq Supracrustal Belt, a formation that contains some of the oldest rocks on Earth. Papineau and his colleagues reported their discoveryin a 2017 paper published in Nature, which sparked a debate over whether the tubes and filaments preserved in the rocks were a result of biological or geological processes.