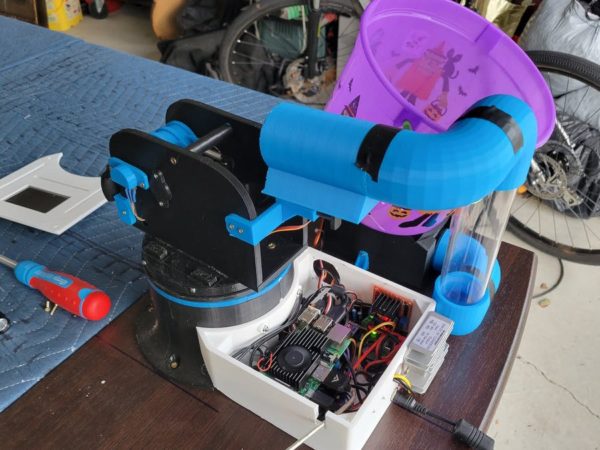 In reviewing Kenneth Branagh’s movie Thor, the A.O. Scott presented the following critical conundrum: if a movie aims at mediocrity and achieves it, is the movie a success? Famously (ish), Scott opined “This movie is not distinctively bad, it is axiomatically bad.” With all due respect to the make of the following project, we suggest that the same may be said of any attempt to create a robot whose exclusive purpose is to play beer pong. Here’s more from inconceivable42 via hackester.io:

In April of 2021 I was looking for a project to spend my ample amount of free time on. For some reason a beer pong playing robot popped into my head. At a high level I envisioned a robot that would use a camera to find cups and fire a ping pong ball at said cups. I decided a Raspberry Pi would be used as the “brain” and would handle the image processing. The Raspberry Pi would tell an Arduino how to orientate the firing mechanism. Having a 3D printer I planned to print a majority of the firing mechanism. Over the next year I would spend my time designing, testing, and redesigning various aspects of the robot in hopes of improving its accuracy. I am writing this to document all of the effort I put into to the project and in hopes of it helping someone else.