The ZX Spectrum: talking to some who were there on its 40th birthday 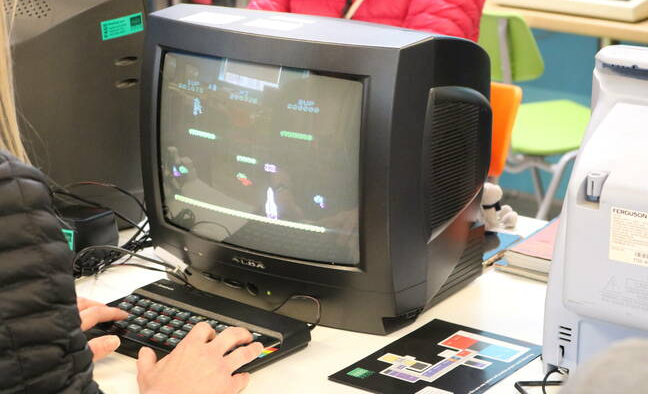 The Register took a road trip to celebrate the ZX Spectrum computer’s 40th birthday, visiting The UK National Museum of Computing in Bletchley Park and the UK Centre for Computing History in Cambridge in search of the origins (and clones) of the legendary machine.

Sinclair remembered being at sixth-form college – a period of education for 16 to 18-year-olds in the UK – as the mania hit. “That was quite fun,” he said, “because everyone at sixth form had a ZX81 or a Spectrum. That was really the first time that had happened; before that there weren’t any home computers that millions of people owned.

As well as the hardware, the ZX Spectrum is memorable for its manual and the introduction it gave multitudes to coding. Steve Vickers, who worked on the ROM firmware and documentation for the machine, recalled: “Despite being ‘just’ a games machine, the Spectrum was hugely educational.

“One of the hardest things to teach in programming is that it [programming] is a creative activity. It’s not just about knowing the rules for the programming language and how to avoid compiler errors, it’s about how to have enough control of the machine so that you can get it to do creative things,” Vickers said.

Read more in the article here.

Comments Off on The ZX Spectrum: talking to some who were there on its 40th birthday