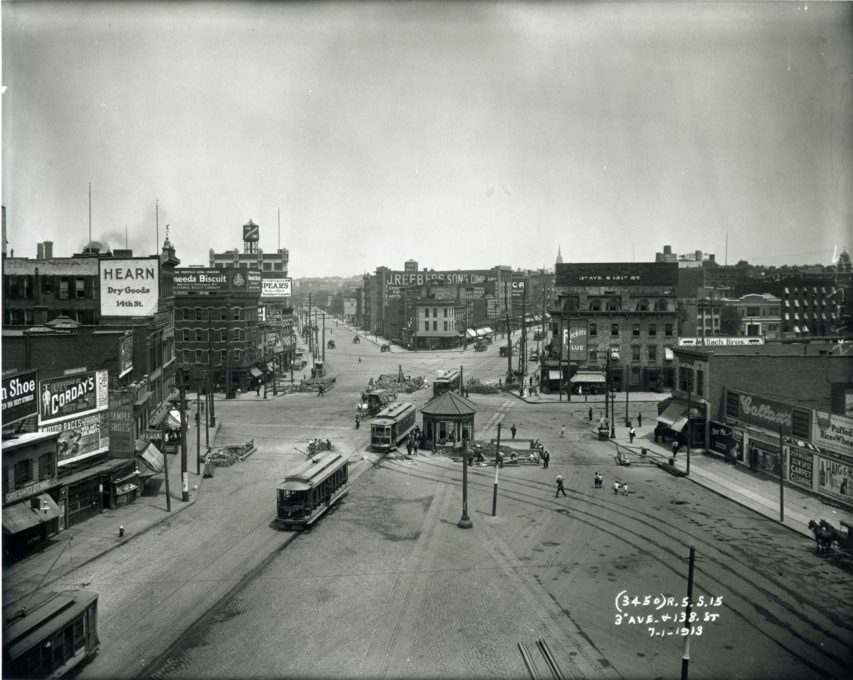 One of the most important facets of a city is it’s public transportation system. Learn all about transit and the only borough on the continent from the New York Transit Museum’s Grand Central Terminal Gallery, via Gothamist:

Before City Island voted to become part of New York City in 1895, and before it was consolidated into the Bronx in 1898, the area relied on a horse-drawn railroad — a trolley car that rode on rails and was pulled by horses — to connect to the Bartow station of the Harlem River and Port Chester Railroad. But the Interborough Rapid Transit Company (IRT), which built New York’s first subway line in 1904, was focused on using newer technologies to improve commutes.

So around the same time they were building the subway in Manhattan, the IRT took over this Bronx railway, which was called the Pelham Park and City Island Railroad. A few years later, they decided to substitute the horse railroad for NYC’s first monorail. The Flying Lady — so called because of its “long, cigar-shaped yellow car” — could fit 40 people, and took only a few minutes between stops instead of the 40-plus minutes by horse. More than 100 people came out for its inaugural ride on July 16th, 1910.

Things did not go well.

Read more from Gothamist and get gallery info here