Nüshu, the 19th-Century Chinese Script Only Women Could Write 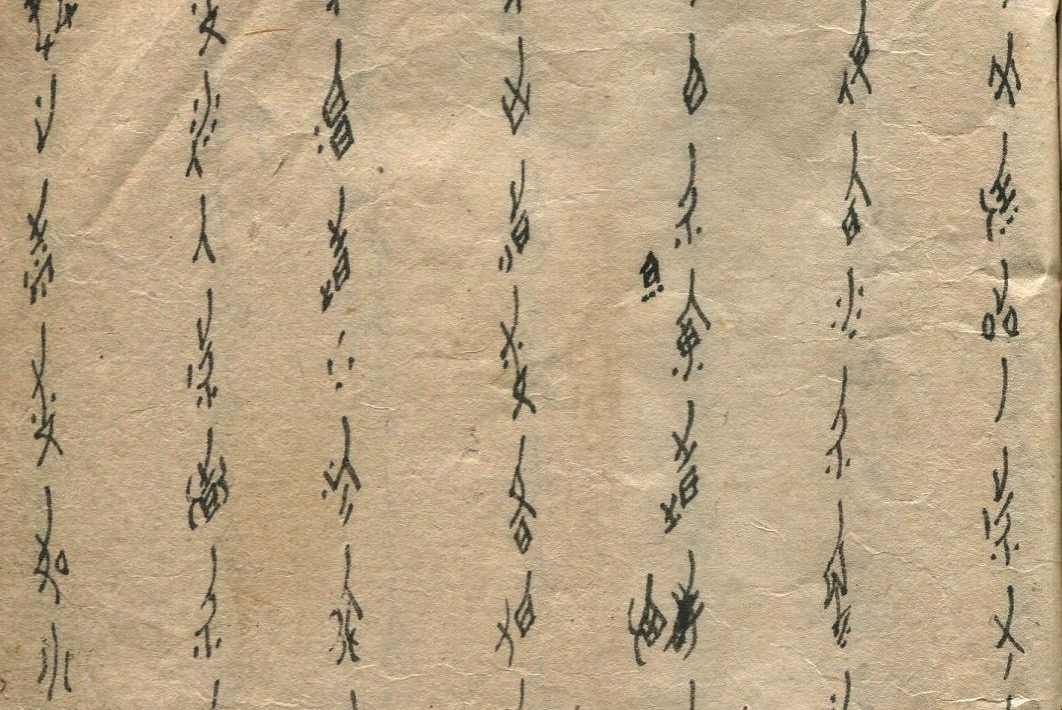 Nüshu literally means “woman’s writing” in Chinese. The script was used exclusively among women in Hunan province of southern China, and is believed to have been in peak use during the latter part of the Qing Dynasty. Via Atlas Obscura

IN 1988, YI NIANHUA, A woman in her 80s, spent many evenings scribbling elegant characters at a table in her kitchen in a small rice-farming village in Shangjiangxu, China. With only a blunt writing brush, the elongated script came out fat and blotchy on the newsprint she used for paper. But Cathy Silber, a professor at Skidmore College in New York, worked alongside Yi in her kitchen, diligently deciphering and studying the written language.

“Out of the thousands of scripts that are gender-specific to men, here we have one that we know is gender-specific to women,” says Silber, who has been researching Nüshu since 1985. Yi was one of the last remaining writers of Nüshu, a fading script that only women knew how to write and read.

Stemming from the southwestern Hunan Province county of Jiangyong, a small group of women in the 19th and 20th centuries practiced this special script that no man could read or write. The writing system allowed these women to keep autobiographies, write poetry and stories, and communicate with “sworn sisters,” bonds between women who were not biologically related. The tradition of Nüshu is slowly vanishing, but at one time gave the women of Shanjiangxu freedom to express themselves.

Comments Off on Nüshu, the 19th-Century Chinese Script Only Women Could Write