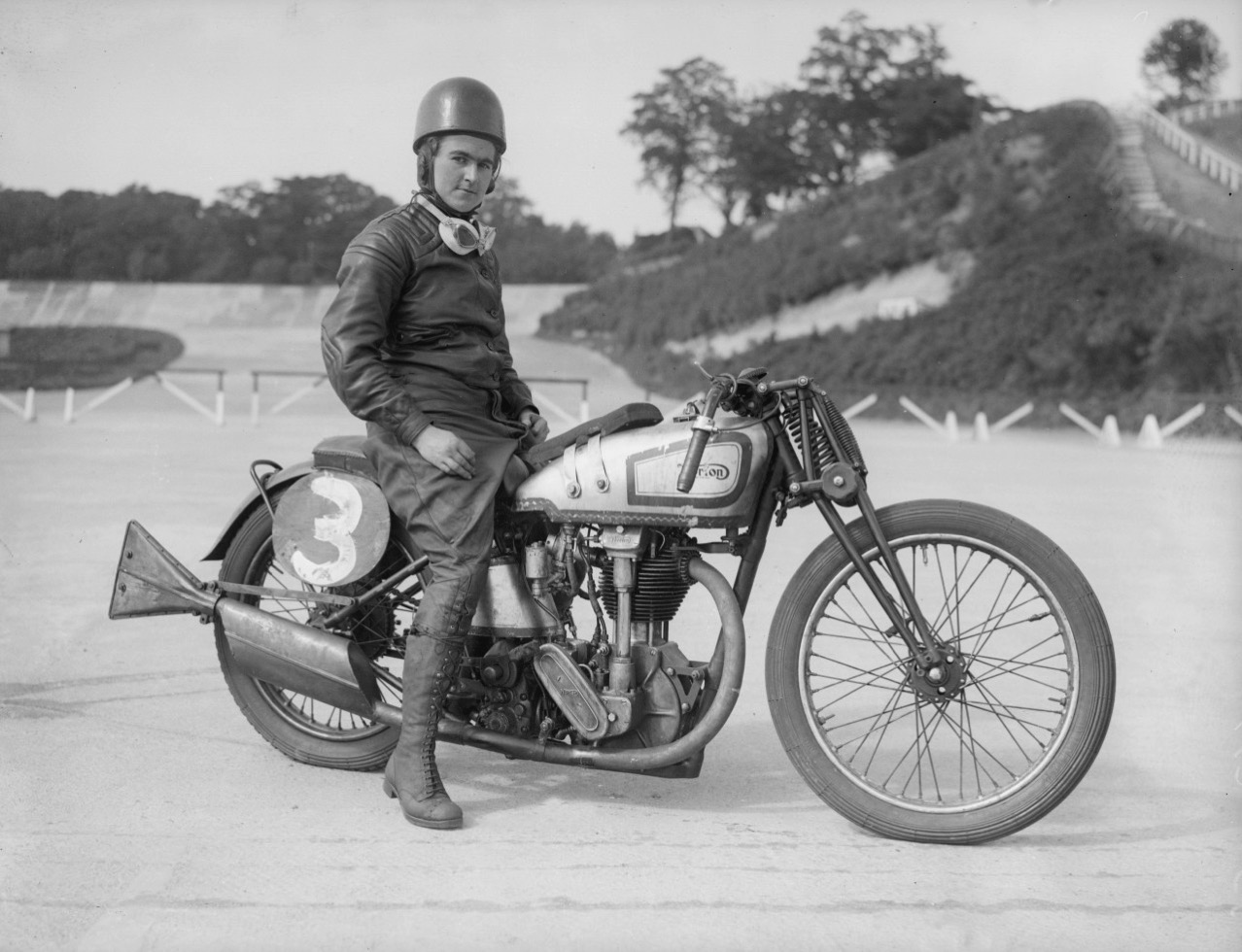 Beatrice Shilling was a British aeronautical engineer (creator of the Miss Shilling’s orifice) and amateur motorcycle racer into her 80s! Via kenleyrevival

Beatrice Shilling is most known for her engineering ideas for the Rolls-Royce Merlin engine in 1940 fighter planes. When either the Spitfire or Hurricane would perform a nose dive the engine would cut out due to the flooding of the carburetor.

Shilling innovated a small metal disk, similar to a washer, which would regulate the fuel flow, resulting in prevention of stalling. This invention was named the ‘RAE restrictor’, however while touring RAF bases and meeting various officers it soon got the nickname ‘Tilly’s orifice’, for various reasons other than it has a small puncture in the centre of the disk.

On distributing this, the RAE restrictor became integral to the RAF aircraft. Shilling was then seen and celebrated as a crucial contributor to the eventual victory, receiving an OBE in 1948. Continuing to work for the RAE until her retirement in 1969, she also remained active in the racing and aerospace engineering communities until her death in 1990, age 81.