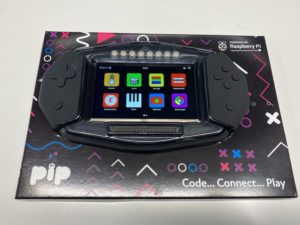 Pip is a handheld, portable gaming system powered by Raspberry Pi. You can code your own games, play Pacman with some bananas, or even light up some external LEDs. The Raspberry Pi Compute 3 module is at the heart of Pip. In this post I’ll show off my unboxing experience and play around with Pip!

The Pip project began on Kickstarter, here’s the original video:

Pip is here to introduce you to the world of coding and to make it fun & easy.

Make fun games, invent your own apps, play some retro classics or take control of objects around you! Pip is here to introduce the world of coding, to make it fun & easy. Start with drag & drop programing then go onto play with real code and invent endless possibilities with Pip. 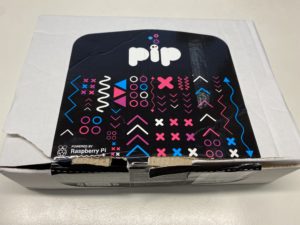 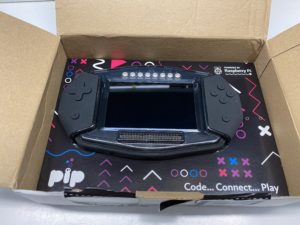 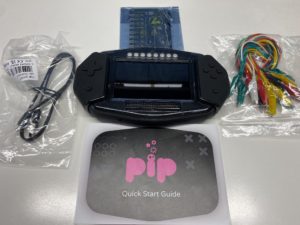 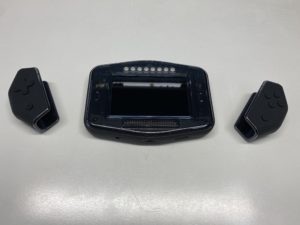 Pip allows you to disconnect the gaming controls which connect via USB so that you can connect other USB devices to Pip.

To set up Pip, I had to add my Wifi details to the SD card that came preloaded into my Pip. This was relatively straight forward and the Pip site even had a helper tool to generate the “wpa_supplicant.conf” file with the wifi credentials needed to get Pip online. This is the most difficult step and could be overlooked by those with no or little experience with Raspberry Pi. 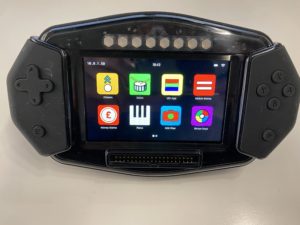 Once the file has been added to the SD card, I could power up Pip.

Pip comes preloaded with some games including one drum game that’s similar to Simon Says where you must remember the Drum beat which gets longer with each turn. 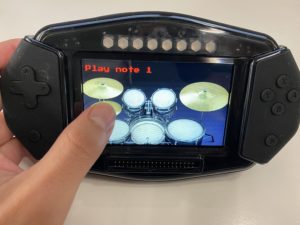 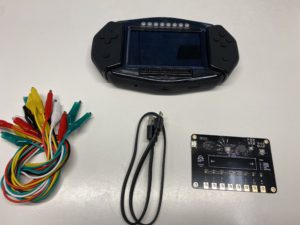 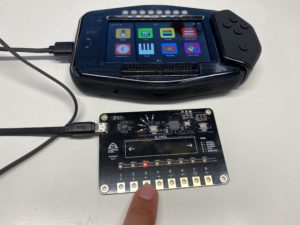 Pip is an incredibly fun and interactive gaming system for learning to code and bring ideas to life. I was surprised by the tactile and modular nature of the device. Aside from the semi-technical setup to get the wifi working, this is something that anyone can pick up and serves a wide range of skill levels.

Pick one up today at thisispip.com!