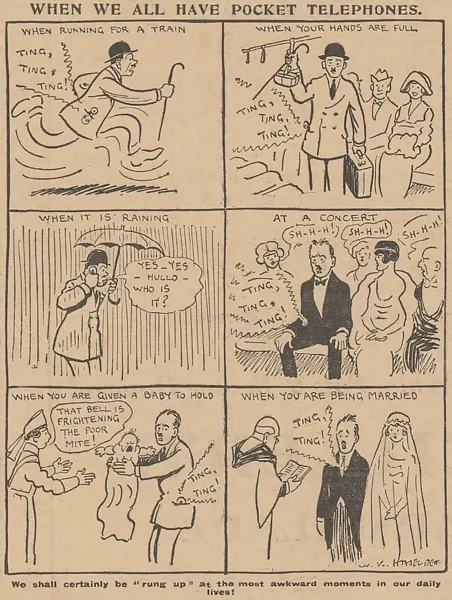 It’s hard not to appreciate that the intrusive, irksome elements of “pocket phones” have been getting riffed on for over a century now, well before they were actually invented. The concert depiction in this particular comic from W.K. Haselden really made me laugh — if he only knew how much worse it would get once phones merged with camera technology! Check out the full post on laughingsquid

A rather prescient comic strip by W.K. Haselden released in either a 1919 or 1923 issue of the Daily Mirror predicted the existence of “pocket telephones” and the inconvenient times in which they would ring. While the form and sound of Haselden’s illustration might differ from modern iterations, the idea is still the same.

via laughingsquid, and Miss Cellania