The Haunted Mind of Shirley Jackson 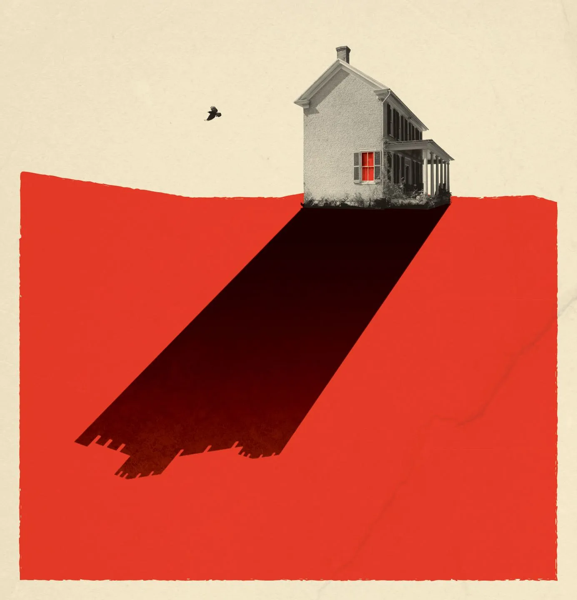 This time of year (Halloween-time, to be specific) always puts me in the mood to read Shirley Jackson. Jackson was one of the best American writers of the 20th Century. I find the ideal way to read her rather spooky work is to curl up in bed on a chilly autumn night, huddled under a pile of blankets, next to my cat. As this New Yorker piece by Zoë Heller points out, Jackson wasn’t always regarded as such a prominent literary figure, and until recently was often dismissed as campy, strange, and kind of one-note. Heller discusses the 2016 biography of Jackson A Rather Haunted Life by Ruth Franklin, which argues that Jackson’s work is both literary and serious. In the years following the book’s publication, we did indeed see Jackson’s work return to the spotlight, including a Netflix adaption of The Haunting of Hill House, as well as a Hulu biographical drama Shirley, starring Elizabeth Moss, both of which I found rather captivating.

Here’s how not to be taken seriously as a woman writer: Use demons and ghosts and other gothic paraphernalia in your fiction. Describe yourself publicly as “a practicing amateur witch” and boast about the hexes you have placed on prominent publishers. Contribute comic essays to women’s magazines about your hectic life as a housewife and mother.

Shirley Jackson did all of these things, and, during her lifetime, was largely dismissed as a talented purveyor of high-toned horror stories—“Virginia Werewoolf,” as one critic put it. For most of the fifty-one years since her death, that reputation has stuck. Today, “The Lottery,” her story of ritual human sacrifice in a New England village (first published in this magazine, in 1948), has become a staple of eighth-grade reading lists, and her novel “The Haunting of Hill House” (1959) is often mentioned as one of the best ghost stories of all time. But most of her substantial body of work—including her masterpiece, the beautifully weird novel “We Have Always Lived in the Castle” (1962)—is not widely read. In recent years, there have been signs of renewed interest in Jackson’s work. Various writers, including Neil Gaiman, Jonathan Lethem, and A. M. Homes, have praised her idiosyncratic talent, and new editions of her work have appeared. But these attempts to reclaim Jackson have had a mixed response. In 2010, when the Library of America published an edition of Jackson’s selected works, edited by Joyce Carol Oates, a critic at Newsweek protested that it was an exercise in barrel-scraping: “Shirley Jackson? A writer mostly famous for one short story, ‘The Lottery.’ Is LOA about to jump the shark?”

Comments Off on The Haunted Mind of Shirley Jackson