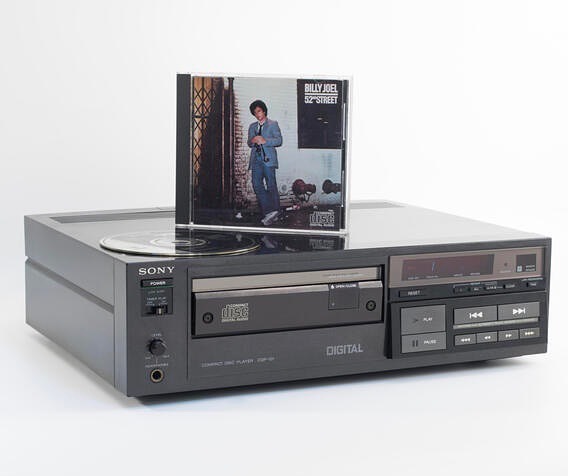 On October 1st the CD player turned 40! The 1982 release coincided with Billy Joel’s album 52nd Street. After four decades which holds up better?

Heres and article from the 30th anniversary:

Of course, today the CD seems rather quaint – a relic of a bygone era when we had to actually purchase physical goods in order to hear music. But at the time, it was space-age stuff, offering what seemed like a pristine alternative to the fuzzy hiss of cassette tapes and the numerous pitfalls of vinyl. And it carried a space-age price tag, too. In fact, the prohibitive costs of CD players – not to mention the discs themselves – kept most consumers from adapting the new technology for several years.