Today we celebrate Shafi Goldwasser, an Israeli-American computer scientist and winner of the Turing Award in 2012. 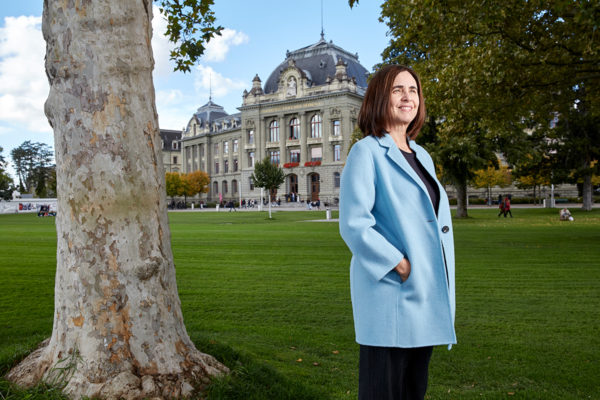 Here’s more from the Association for Computing Machinery:

Shafi Goldwasser has made fundamental contributions to cryptography, computational complexity, computational number theory and probabilistic algorithms.  Her career includes many landmark papers which have initiated entire subfields of computer science.  These include creating the theoretical foundations of modern cryptography, the introduction of zero-knowledge interactive proofs, the introduction of multi-prover proofs (later known as probabilistically checkable proofs), discovering the connection between probabilistically checkable proofs and the intractability of approximation problems, showing how to use the theory of elliptic curves to distinguish primes from composites, and launching combinatorial property testing.

Shafi was born in 1959 in New York City. Her parents were Israeli, and her joint American/Israeli citizenship presaged the two countries that would play such an important role in her research. Her family returned to Israel where Shafi attended grade school in Tel Aviv. In high school she was especially interested in physics, mathematics and literature. After her schooling she returned to the U.S. and became an undergraduate in the mathematics department at Carnegie Mellon University. Soon, however, she became interested in programming (which she had never done before) and computer science. One computer science course that she especially remembers, taught by Jon Bentley, was an algorithms and discrete math course that she loved. She also worked on the CM* project at CMU, a 50-processor multiprocessor system. Shafi next had a summer internship at the RAND Corporation in Los Angeles. She loved living on Venice Beach, but her seduction by California wasn’t complete until she drove up the coast road one weekend and entered Berkeley for the first time.