The Majesty of Majestic Messier 33 #SpaceSaturday 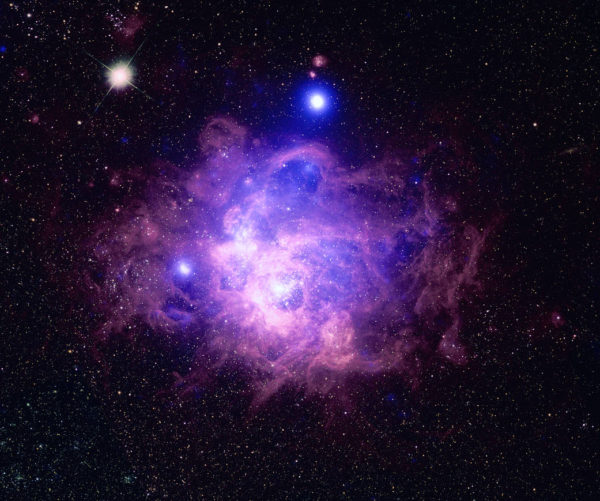 The James Webb Space Telescope is all the rage, but the old school combination of NASA’s Chandra’s X-ray data and the Hubble Space Telescope Hubble have performed wonders. Witness this amazing photgraph of Messier 33, the famous Triangulum Galaxy. Here’s more from Astronomy Now:

Messier 33 (NGC 598), the famous Triangulum Galaxy, takes its nickname from the constellation that hosts it. is a superb spiral galaxy that favourably presents itself face-on to our line of sight. Physically, it’s the third-largest galaxy in our Local Group of galaxies, and as major galaxies go, only marvellous M31 in Andromeda lies closer to us. These attributes give us a breathtaking view of it across its beautiful and complex form, which is substantial enough to make it appear over twice the size of the full Moon.

The Hubble Space Telescope has studied Messier 33 down the years, finding no trace of a supermassive black hole lurking at its core, which is unusually small core compared to that of other spiral galaxies. Hubble also determined that M33 is undergoing rapid star-birth in its numerous blue-coloured regions, indicating an overall star formation rate perhaps ten times that of the Andromeda Galaxy. However, its estimated 40 billion star count is dwarfed by M31’s one trillion (1 x 1012)!

Comments Off on The Majesty of Majestic Messier 33 #SpaceSaturday