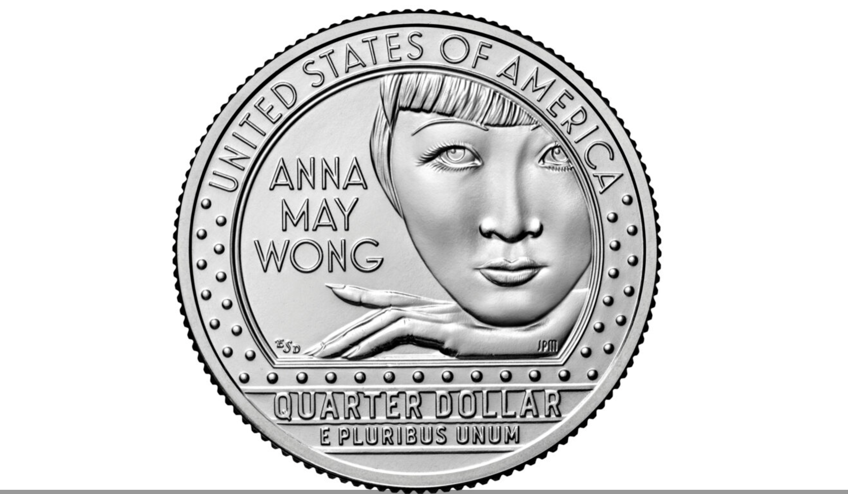 Anna May Wong was an American actress and considered to be the first Chinese American Hollywood movie star. She is going to be featured on the back of US quarters starting next week. The design is the fifth from the American Women Quarters Program, which highlights pioneering women in their respective fields. So far this year Maya Angelou, Dr. Sally Ride, Wilma Mankiller and Nina Otero-Warren have been celebrated. Via USMINT.gov

Wong was born January 3, 1905, in Los Angeles. Her birth name was Wong Liu Tsong, and her family gave her the English name Anna May. She was cast in her first role as an extra in the film “The Red Lantern” (1919) at 14 and continued to land small roles as extras until her first leading role in “The Toll of the Sea” (1922).

Her career spanned motion pictures, television, and theater. She appeared in more than 60 movies, including silent films and one of the first movies made in Technicolor. Wong also became the first Asian American lead actor in a U.S. television show for her role in “The Gallery of Madame Liu-Tsong” (1951).

After facing constant discrimination in Hollywood, Wong traveled to Europe and worked in English, German, and French films. She also appeared in productions on the London and New York stages.

Wong was awarded a star on the Hollywood Walk of Fame in 1960. She died on February 3, 1961. She is remembered as an international film star, fashion icon, television trailblazer, and a champion for greater representation of Asian Americans in film. She continues to inspire actors and filmmakers today.