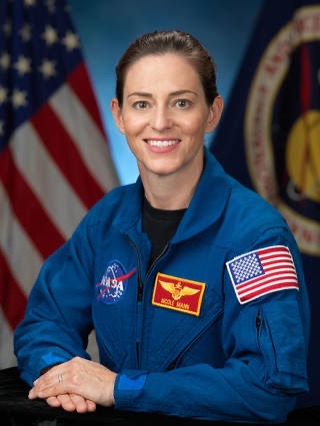 SpaceX launched its crewed space mission to the International Space Station Last month with Nicole Mann as mission commander. Mann is a Marine Corps pilot and NASA astronaut registered with the Wailacki of the Round Valley Indian Tribes. Via NPR

Mann’s Crew-5 mission aboard the SpaceX Dragon spacecraft launched from NASA’s Kennedy Space Center. Also on board is Josh Cassada, Anna Kikina and Koichi Wakata. All four are traveling to the International Space Station for a six-month mission, during which they plan to conduct more than 200 experiments, which will include spacewalks and 3D-printing human tissue.

Mann detailed some of the crew’s plans to NPR’s All Things Considered this past summer.

She said she hoped her trip to space can encourage younger generations.

“These young women, maybe Natives, maybe people from different backgrounds that realize that they have these opportunities and [that] potentially these barriers that used to be there are starting to be broken down,” she said. “And so hopefully that will inspire that younger generation.”