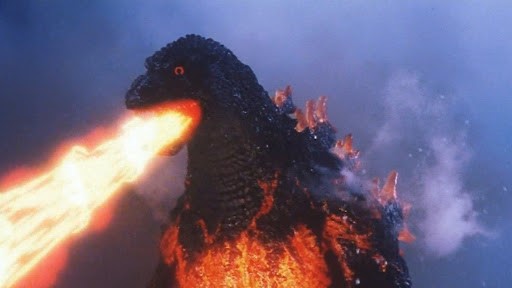 When taking the position that science fiction, fantasy, and monster movies are vital ways for a culture to process even the most difficult parts of its history, the first Godzilla movie could be exhibit one. Godzilla was created in 1954, in the post-war period. In that film it’s made clear that the world’s first kaiju was roused from the deep as a result of testing atomic bombs. In fact there is a lot more going on in the Godzilla franchise than may initially meet the eye. Here’s more from the Science Museum:

A widow, whose husband was presumably killed in WWII, tries to shelter her child but can only say we’ll met father in heaven. The anti-American slant of the fishing-boat and widow scenes were cut by the export version. There is an unexpected subtext of reassurance. Godzilla is inexplicably immune to all the most lethal weapons of modern warfare until a final self-sacrificial attack with a Japanese miracle weapon. Though the destruction is rendered realistically, no scientific attempt is made to explain how Godzilla can generate heat-ray breath. Many animals have absorbed high levels of radioactivity in the wake of Chernobyl. None can breathe fire. Moreover Godzilla roars.  Reptiles hiss…

Despite being set amidst the child-orientated films of the Showa Era, Godzilla vs Hedorah (1971) has a prescient theme. The film begins showing documentary footage of pollution in Japan. From this emerges Hedorah, the Smog Monster, capable of destroying all life on earth through toxic contamination, until smashed by Godzilla. The film ends with Godzilla looking reprovingly at the audience, transferring the duty to combat pollution to them.

Comments Off on Godzilla, Science, and the Dark 20th Century #SciFiSunday