The Making of Dune II: the strategy game #Dune #Gaming 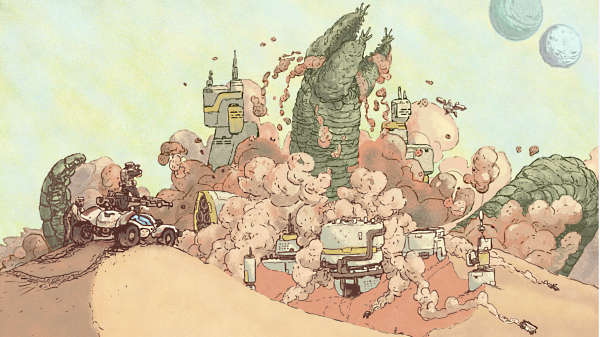 Despite its name suggesting otherwise, Dune II was a first – a real-time strategy game that sprang out of the box with almost every gameplay attribute and control system seen in every RTS since. In direct lineage, it was the father of the globally successful Command & Conquer franchise.

Yet Dune II actually invented very little and its key elements had already been seen across a handful of existing titles. The genius of the development team at Westwood Studios was to stand on the shoulders of giants to perfectly balance the tactics of wargaming against the time-critical awareness of arcade games.

Dune II’s journey began in 1988 with Mastertronic founder Martin Alper looking to secure the rights to develop Dune games. Whether he liked Frank Herbert’s sci-fi novels or not is irrelevant. He’d figured that anything that had been in print for so long and translated so widely would give any game an instant fan base.

This sound reasoning had no doubt prompted movie producer Dino De Laurentis to bankroll a lavish $40 million movie adaptation in 1984, the same time that Indiana Jones and the Temple of Doom had been made for $28 million. Despite the cost, fans of the books had stayed at home in droves, the David Lynch-directed movie had tanked at the box office and, eventually, the production company had gone bankrupt. Hollywood’s loss became videogaming’s gain in 1990, when Mastertronic (now renamed Virgin Games due to mergers) was finally able to buy Dune’s adaption rights from Universal Pictures.

Comments Off on The Making of Dune II: the strategy game #Dune #Gaming