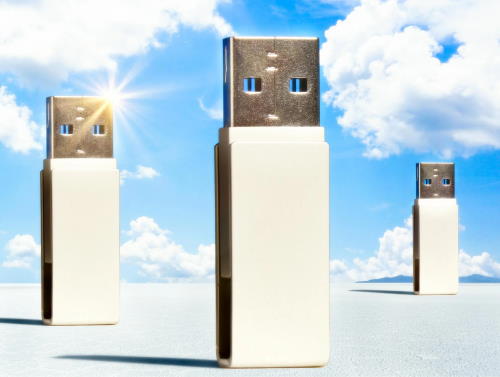 In 2000, at a trade fair in Germany, an obscure Singapore company called Trek 2000 unveiled a solid-state memory chip encased in plastic and attached to a Universal Serial Bus (USB) connector. The gadget, roughly the size of a pack of chewing gum, held 8 megabytes of data and required no external power source, drawing power directly from a computer when connected. It was called the ThumbDrive.

That device, now known by a variety of names—including memory stick, USB stick, flash drive, as well as thumb drive—changed the way computer files are stored and transferred. Today it is familiar worldwide.

The thumb drive was an instant hit, garnering hundreds of orders for samples within hours. Later that year, Trek went public on the Singapore stock exchange, and in four months—from April through July 2000—it manufactured and sold more than 100,000 ThumbDrives under its own label.

Computer users badly needed a cheap, high-capacity, reliable, portable storage device. The thumb drive was all that—and more. It was small enough to slip in a front pocket or hang from a keychain, and durable enough to be rattled around in a drawer or tote without damage. With all these advantages, it effectively ended the era of the floppy disk.

But Trek 2000 hardly became a household name. And the inventor of the thumb drive and Trek’s CEO, Henn Tan, did not become as famous as other hardware pioneers like Robert Noyce, Douglas Engelbart, or Steve Jobs. Even in his home of Singapore, few people know of Tan or Trek.

Why aren’t they more famous? After all, mainstream companies including IBM, TEAC, Toshiba, and, ultimately, Verbatim licensed Trek’s technology for their own memory stick devices. And a host of other companies just copied Tan without permission or acknowledgment.

In 2021, global sales of thumb drives from all manufacturers surpassed $7 billion, a number that is expected to rise to more than $10 billion by 2028.

Comments Off on Who really invented the thumb drive? @IEEESpectrum