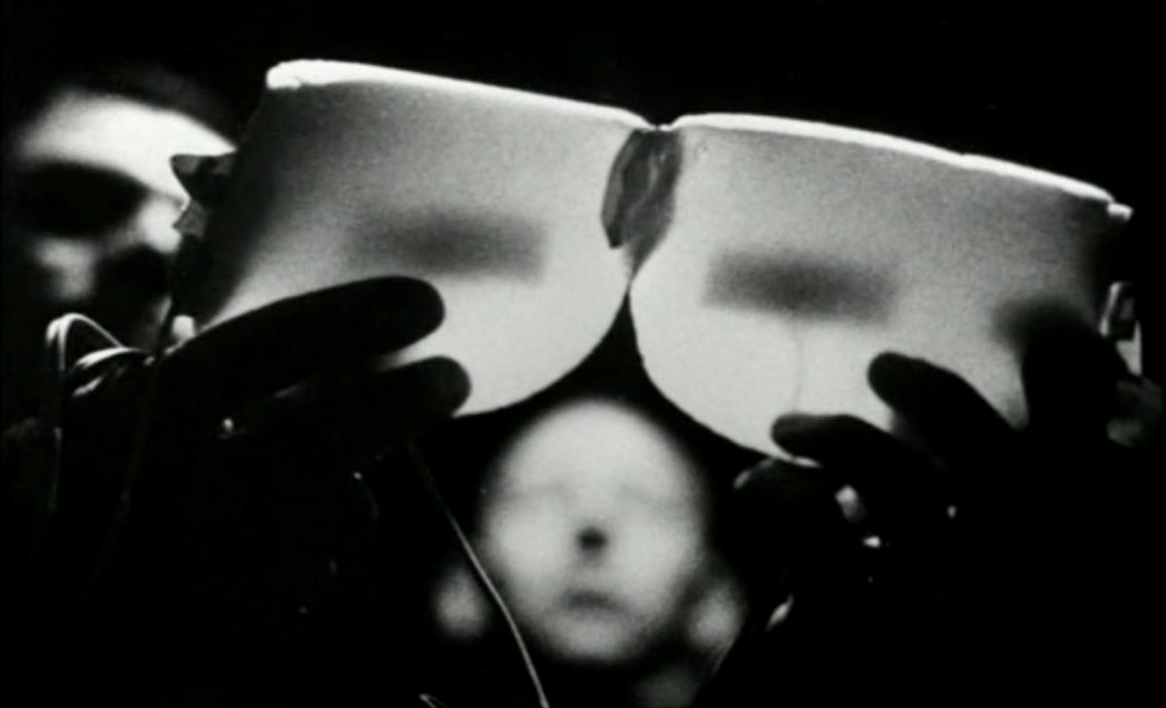 Here’s a warning would-be screenwriters are always given: don’t use voiceovers. Here’s a thing would-be directors of motion pictures are always given: make the images in your movie move. Chris Marker didn’t listen to either of these commands, and ended up making one of the greatest science fiction movies ever made: La Jettée. Marker’s 1962 masterpiece is 28 minutes long, and consists exclusively of still images and voice over. It is glorious. Terry Gilliam’s 12 Monkeys is loosely based on the shorter film, but they are very different works. Here’s more from Criterion:

However, as each one of La Jetée’s static images lasts considerably longer than 1/24 of a second, on celluloid each still in La Jetée actually comprises dozens of replicas of itself. In presenting us with a series of frozen images, Marker dramatizes a breakdown of time’s invisible flow into a succession of visible moments that might be considered the individual atoms of time, and of our experience of time. Indeed, when the film’s hero journeys into the distant future, that new world is represented as a series of microscope images.

Time moves differently in this extraordinary essay on cinematic tense, and from the start, our perceptions of past, present, and future undergo strange mutations. The tense of the narrative shifts between past and present, the latter used predominantly to narrate the hero’s return to a lost past. That past is the Paris of the present in which the film was shot; the combination of photographs and commentary contrive to make the city in 1962 appear radically unfamiliar. The opening shots of Orly and its stark linear architecture offer a coldly futuristic panorama, as air travel still had a cachet of hypermodernity in the early sixties. Yet over these tableaux, the narrative describes a memory of the distant past.